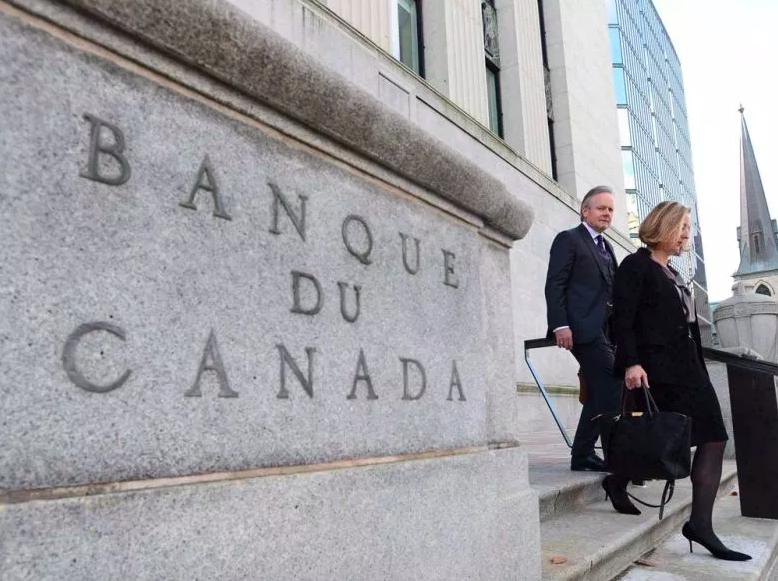 Bank of Canada Done Raising Rates Until End of 2020, with 40% Chance of Cut, Poll Says

Bank of Canada Done Raising Rates Until End of 2020, with 40% Chance of Cut, Poll Says

The Bank of Canada is done raising interest rates until at least the end of next year, with a serious risk of a cut by then as policymakers become more wary of slowing growth and global trade tensions, a Reuters poll showed on Friday.

The central bank, which last raised its overnight rate in October, abandoned its tightening bias last month, putting it more in line with peers like the U.S. Federal Reserve and the European Central Bank.

All 40 economists in the latest poll taken May 21-23 said Governor Stephen Poloz and fellow policymakers would hold rates at 1.75 per cent at the May 29 meeting.

While median forecasts show rates unchanged from here on, forecasters were split in three directions starting from the fourth quarter of this year. By end-2020, about two-thirds who provided a view said rates would be either unchanged or lower.

While the BoC cut its near-term growth outlook in last month’s quarterly monetary policy review, it expects the economy to rebound in the second half of this year.

But not everyone is convinced that is about to happen.

“We see little impetus for policymakers to resume rate hikes over our forecast horizon, as sluggish growth and lingering slack in the economy will continue to warrant leaving some policy accommodation in place,” wrote Morgan Stanley economists in a note.

“If growth fails to show any convincing signs of a rebound in 2H19, we think the risks of rate cuts will increase, and given our sluggish outlook, we place a subjective 40 per cent probability that the BoC will deliver at least one 25 basis point rate cut over the next 12 months.”

Chances of a rate cut this year are a little less than 20 per cent, according to market speculators.

One major concern is the U.S.-China trade war, which has heated up over the past month. A Reuters poll taken earlier in May found the risk of recession in the U.S., Canada’s largest trading partner, had risen this month.

“If they (the BoC) cut, it is more likely to be on global weakness – generated by U.S.-China tensions most likely – than weakness specifically in Canada,” said David Sloan, senior economist at Continuum Economics, a consultancy.

But there are still some forecasters who expect the BoC to raise rates again. Out of the 30 contributors who provided an end-2020 view, 11 forecast a hike by the end of next year, including four respondents who expect two.

“The Bank of Canada’s next move will be a hike unless the U.S. or Canada fall into recession in the next 12 months.”

Chances of a recession in Canada in 12 months were 20 per cent, rising to 27.5 per cent in the next two years, a Reuters poll taken in April found.

Separately, a Reuters survey of property market experts published earlier this week showed Canada’s housing market will stay stuck in the doldrums, with average prices stagnating this year and then rising 1.7 per cent next year.