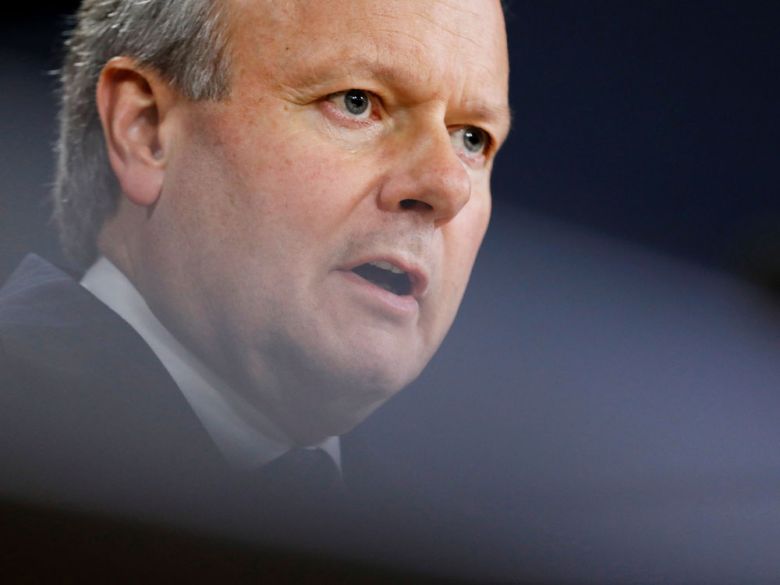 Kevin Carmichael: Bank ends 2019 as one of the only central banks to have navigated the trade wars without cutting interest rates.

The Bank of Canada will end 2019 as one of the only central banks that navigated the trade wars without cutting interest rates this year.

Governor Stephen Poloz and his inner circle of deputies on Dec. 4 left the benchmark rate unchanged at 1.75 per cent, citing recent data showing the third quarter was stronger than expected.

It was the ninth consecutive meeting at which the central bank opted to stay the course, a remarkable streak considering what’s happening elsewhere.

The past 12 months have brought dozens of interest-rate cuts by some 40 central banks in response to the weakest global outlook since the Great Recession a decade ago. The waves of monetary stimulus have receded lately, but a palpable sense of worry remains.

Earlier this week, the Reserve Bank of Australia, which dropped its policy rate three times between June and October, left borrowing costs unchanged, but not on a cheery note. Philip Lowe, the bank’s governor, said “it was reasonable to expect that an extended period of low interest rates will be required in Australia to reach full employment and achieve the inflation target,” and that he was “prepared to ease monetary policy further if needed.”

Policymakers seem cautiously optimistic that Canada has survived the storm, noting that business investment “unexpectedly showed strong growth” in the third quarter, and that recession fears appear to be waning. They also said they would continue to be guided by incoming data, which have remained broadly positive even as exports deteriorated over the course of the year.

“The bank’s October projection for global economic growth appears to be intact,” the statement said. “There is nascent evidence the global economy is stabilizing, with growth still expected to edge higher over the next couple of years.”

As a result, some investors and analysts were forced to rethink their outlook for interest rates. Nathan Janzen, an economist at Royal Bank of Canada, informed his clients that the new policy statement, combined with recent data, makes the bank’s current forecast of an interest-rate cut in 2020 “look less likely.” The value of the Canadian dollar rose, a sign traders were discounting the possibility of lower interest rates.

“If the global outlook improves, we would not be surprised to see the (Bank of Canada) considering raising rates again given at-target inflation, strong labour and housing markets, and a closing of the output gap,” Veronica Clark, an economist at Citibank, said.

The output gap is the difference between the Bank of Canada’s estimate of what the Canadian economy can produce without stoking inflation and the current level of output. The central bank said in its latest quarterly report on the economy that it thought the gap in the third quarter was between zero and minus one, or essentially closed. The new policy statement notes that inflation is expected to hover around the central bank’s two-per-cent target, “consistent with an economy operating near capacity.”

To be sure, the flicker of hope that the global economy has taken a turn for the better could prove ephemeral.

The trade wars had quieted as the bank’s Governing Council wrapped up its latest round of deliberations earlier this week. But in the past 48 hours, Donald Trump’s administration has threatened France with retaliatory tariffs and said it was scrapping an agreement that shielded Argentina and Brazil from steel levies. The U.S. president also said that an anticipated peace deal with China may not happen after all.

Stock markets tumbled from record highs as Trump opened new fronts in his trade wars, and then recovered somewhat on Dec. 4 after Bloomberg News reported that the U.S. and China were close to an agreement that would reduce some tariffs.

“Ongoing trade conflicts and related uncertainty still are weighing on global economic activity, and remain the biggest source of risk to the outlook,” the Bank of Canada said.

But for now, the Canadian central bank appears pleasantly surprised by the country’s economic resilience.

Gross domestic product in the third quarter increased at an annual rate of 1.3 per cent, an uninspiring result, but exactly the outcome that the Bank of Canada had predicted. Policymakers observed that consumer spending and housing remained sources of “strength.”

They clearly didn’t anticipate adding business investment to that list. That growth engine roared back to life in the third quarter, posting growth at an annual rate of 9.5 per cent — reversing a seven per cent drop in the second quarter — led by spending on transportation equipment and engineering projects. But officials indicated they weren’t quite ready to believe investment is as solid as the new numbers indicate.

“The bank will be assessing the extent to which this points to renewed momentum in investment,” the statement said.

Still, evidence of a rebound in investment is reason to leave interest rates unchanged, at least until the central bank updates its forecasts in January.

Policymakers said they continue to “monitor the evolution of financial vulnerabilities related to the household sector,” which is how the Bank of Canada expresses its concern about elevated levels of household debt. Credit growth has jumped to its fastest in a couple of years, a reminder that Canadians will borrow as much as their banks will give them.

The resurgence is being driven by lower mortgage rates, which fell as the U.S. Federal Reserve cut borrowing costs this summer. The Bank of Canada will resist adding extra incentives for as long as it can.