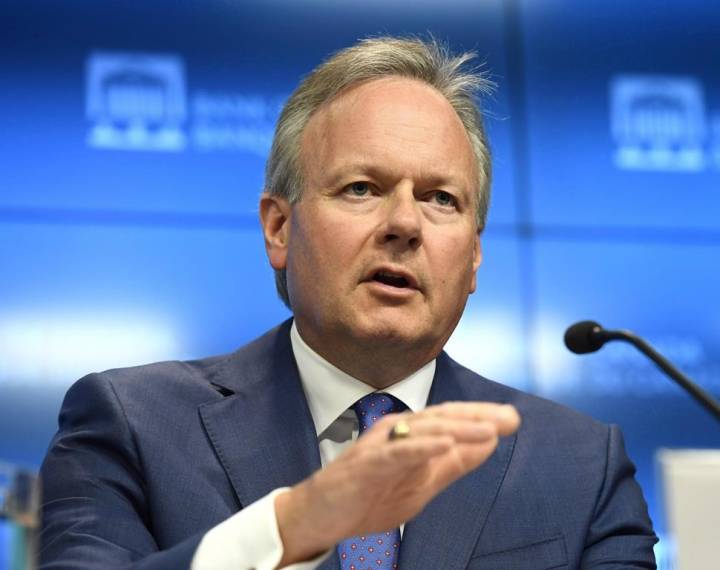 The Bank of Canada (BoC) kept its benchmark interest rate steady at 1.75 per cent on Wednesday, in a widely anticipated move that reflects a clouding global economic outlook. The central bank also said it now expects the economy to grow at a slower pace in 2019 than earlier anticipated, with GDP projected to expand by 1.7 per cent instead of 2.1 per cent.

It’s the second consecutive time the central bank has pressed the pause button on rates. It raised the key rate in October but held steady with its December rate announcement.

The BoC has hiked its trendsetting interest rate, which influences borrowing costs across the economy, five times since the middle of 2017, up from a low of 0.5 per cent.

But as economic headwinds gather, the bank has shifted its message from one stressing the need for further rate increases to one signalling a more cautious wait-and-see approach. While the BoC reiterated on Wednesday that it believes interest rates ultimately have higher up to go, it added that the pace of future increases “will depend on how the outlook evolves, with a particular focus on developments in oil markets, the Canadian housing market.”

The energy industry remains a key worry for the bank after a plunge in Canadian crude oil prices prompted the Alberta government to mandate production cuts that will weigh on economic growth. The impact of the oil crisis is already showing in the economic data, with Canada’s trade deficit more than doubling to $2.1 billion in November, from $900 million in October, mostly due to a 14 per cent fall in crude prices.

“The drop in global oil prices has a material impact on the Canadian outlook, resulting in lower terms of trade and national income,” the bank said. It also noted that transportation bottlenecks are adding downward pressure to prices.

But even outside the resource sector, Canada’s economic performance now looks ho-hum. The latest trade data, for example, showed export volumes falling in eight out of 11 sectors tracked by Statistics Canada. Home prices aren’t expected to rebound strongly from their 2018 slump, while financial markets remain volatile. At the same time, the number of Canadians seeking debt relief is starting to rise.

“Consumption spending and housing investment have been weaker than expected as housing markets adjust to municipal and provincial measures, changes to mortgage guidelines, and higher interest rates,” the bank said. “Household spending will be dampened further by slow growth in oil-producing provinces.”

The BoC is also monitoring the conditions outside of Canada’s borders.

Growth in the U.S., while still “solid,” will likely slow “to a more sustainable pace” in 2019. However, the bank added, “there are increasing signs that the US-China trade conflict is weighing on global demand and commodity prices.”