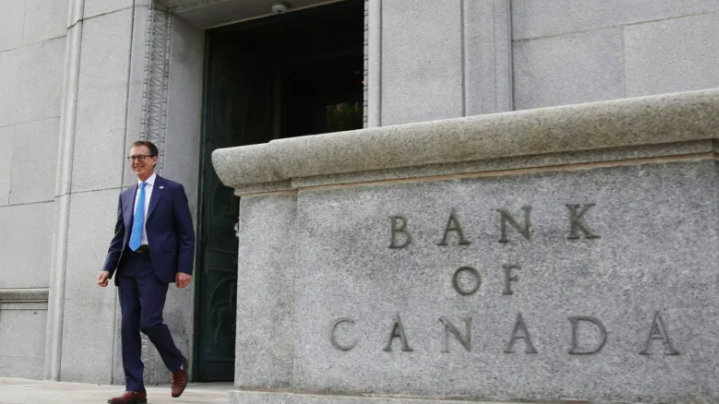 Bank is assuming no widespread lockdowns are coming back, and that there will be a vaccine by 2022.

The Bank of Canada says it has no plans to change its benchmark interest rate until inflation gets back to two per cent and stays there, something it says isn’t likely to happen until 2023.

The central bank said Wednesday it has decided to keep its benchmark interest rate steady at 0.25 per cent. The news was expected by economists, as although the economy is showing signs of recovering from the impact of COVID-19, things are still a long way from normal, so cheap lending will be needed for a long while yet.

The bank outlined a fairly bleak assessment of the worst case scenario when it laid out its last Monetary Report in July. But the roughly eight months since COVID-19 began in Canada have given the bank a clearer picture of how things are shaking out, even if the picture isn’t always rosy.

“With more than six months since the onset of the pandemic, the Bank has gained a better understanding of how containment measures and support programs affect the Canadian and global economies,” the bank said.

“This, along with more information on medical developments related to COVID-19, allows the bank to now make a reasonable set of assumptions to underpin a base-case forecast.”

Those growth and inflation projections, however, are based on two leaps of faith: that there won’t be a second — or third — widespread lockdown in Canada, and that a vaccine or some sort of effective treatment will be widely available by the middle of 2022 at the latest.

“The breadth and intensity of re-imposed containment measures, including impacts on schools and the availability of child care, could lead to setbacks,” the bank said in the quarterly Monetary Policy Report that accompanied the rate decision.

The bank’s outlook and rate decisions have real world impact on Canadian borrowers and savers. Fixed-rate mortgages are priced based on what’s happening in the bond market, but the central bank’s rate has a direct impact on variable rate mortgages.

So telegraphing that rates are going to stay low for long presents something of a conundrums for borrowers, says James Laird, Co-founder of Ratehub.ca and president of mortgage brokerage CanWise Financial.

“There is no wrong answer right now,” Laird said.

“Canadians who derive value from certainty should choose a fixed rate. For Canadians who are open to a little more risk, considering a variable rate is certainly appropriate, since the Bank is committed to keeping rates where they are for at least another two years.”

Economist Sri Thanabalasingam with TD Bank says the bank made it clear on Wednesday that the road to a full recovery will be slow.

“There’s a long way to go for the Canadian economy to emerge out of this crisis, ” Thanabalasingam said.

“The path forward is filled with uncertainty, most of which could set the recovery back a step or two, [so] the bank is set to continue to provide monetary support for many years to come.”