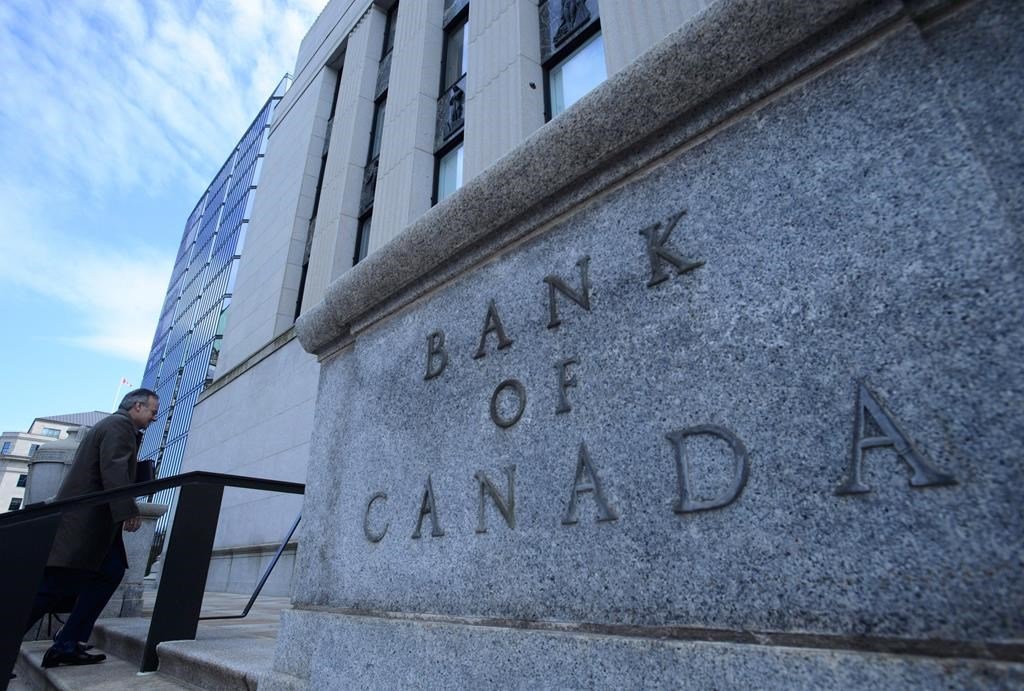 Bank of Canada Will Maintain Current Level of Policy Rate Until Inflation Objective is Achieved, Continues Program of Quantitative Easing

Bank of Canada will Maintain Current Level of Policy Rate Until Inflation Objective is Achieved, Continues Program of Quantitative Easing

The Bank of Canada today maintained its target for the overnight rate at the effective lower bound of ¼ percent. The Bank Rate is correspondingly ½ percent and the deposit rate is ¼ percent.

The Bank is also continuing its quantitative easing (QE) program, with large-scale asset purchases of at least $5 billion per week of Government of Canada bonds. The Bank’s short-term liquidity programs announced since March to improve market functioning are having their intended effect and, with reduced market strains, their use has declined. The provincial and corporate bond purchase programs will continue as announced. The Bank stands ready to adjust its programs if market conditions warrant.

While economies are re-opening, the global and Canadian outlook is extremely uncertain, given the unpredictability of the course of the COVID-19 pandemic. Reflecting this, the Bank’s July Monetary Policy Report (MPR) presents a central scenario for global and Canadian growth rather than the usual economic projections. The central scenario is based on assumptions outlined in the MPR, including that there is no widespread second wave of the virus.

After a sharp drop in the first half of 2020, global economic activity is picking up. This return to growth reflects the relaxation of necessary containment measures put in place to slow the spread of the coronavirus, combined with extraordinary fiscal and monetary policy support. As a result, financial conditions have improved. The prices of most commodities, including oil, have risen from very low levels. In the central scenario, the global economy overall shrinks by about 5 percent in 2020 and then grows by around 5 percent on average in 2021 and 2022. The timing and pace of the recovery varies among regions and could be hampered by a resurgence of infections and the limited capacity of some countries to contain the virus or support their economies.

The Canadian economy is starting to recover as it re-opens from the shutdowns needed to limit the virus spread. With economic activity in the second quarter estimated to have been 15 percent below its level at the end of 2019, this is the deepest decline in economic activity since the Great Depression, but considerably less severe than the worst scenarios presented in the April MPR. Decisive and necessary fiscal and monetary policy actions have supported incomes and kept credit flowing, cushioning the fall and laying the foundation for recovery. Since early June, the government has announced additional support programs, and extended others.

There are early signs that the reopening of businesses and pent-up demand are leading to an initial bounce-back in employment and output. In the central scenario, roughly 40 percent of the collapse in the first half of the year is made up in the third quarter. Subsequently, the Bank expects the economy’s recuperation to slow as the pandemic continues to affect confidence and consumer behaviour and as the economy works through structural challenges. As a result, in the central scenario, real GDP declines by 7.8 percent in 2020 and resumes with growth of 5.1 percent in 2021 and 3.7 percent in 2022. The Bank expects economic slack to persist as the recovery in demand lags that of supply, creating significant disinflationary pressures.

CPI inflation is close to zero, pulled down by sharp declines in components such as gasoline and travel services. The Bank’s core measures of inflation have drifted down, although by much less than the CPI, and are now between 1.4 and 1.9 percent. Inflation is expected to remain weak before gradually strengthening toward 2 percent as the drag from low gas prices and other temporary effects dissipates and demand recovers, reducing economic slack.

As the economy moves from reopening to recuperation, it will continue to require extraordinary monetary policy support. The Governing Council will hold the policy interest rate at the effective lower bound until economic slack is absorbed so that the 2 percent inflation target is sustainably achieved. In addition, to reinforce this commitment and keep interest rates low across the yield curve, the Bank is continuing its large-scale asset purchase program at a pace of at least $5 billion per week of Government of Canada bonds. This QE program is making borrowing more affordable for households and businesses and will continue until the recovery is well underway. To support the recovery and achieve the inflation objective, the Bank is prepared to provide further monetary stimulus as needed.