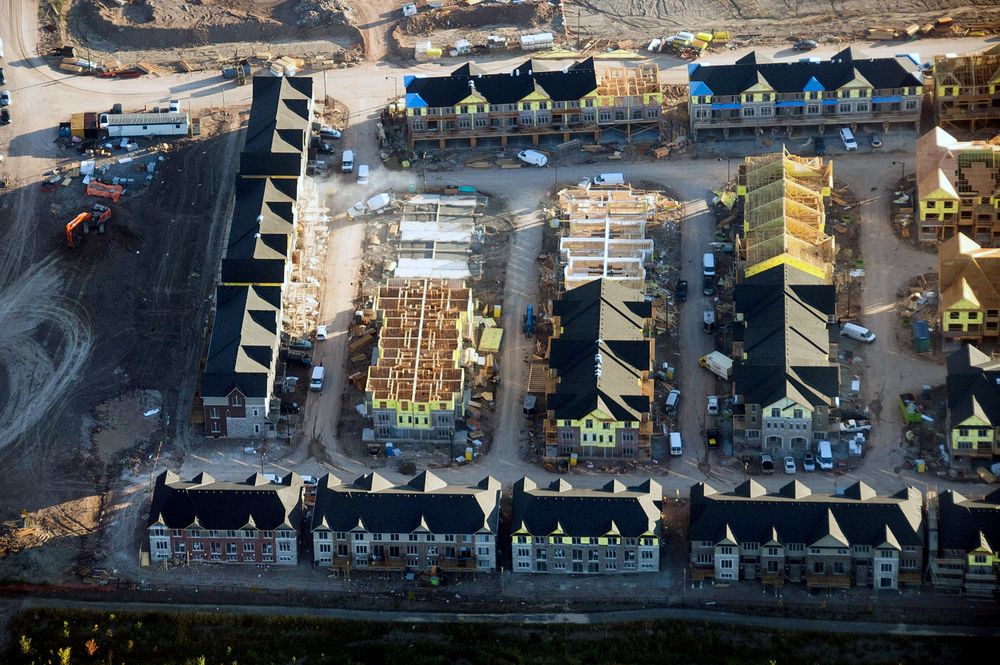 Canada’s banking regulator defended tougher mortgage underwriting rules blamed recently for a slump in the nation’s housing market, but left open the possibility that regulations could ease if conditions change.

Carolyn Rogers, the No. 2 at the Office of the Superintendent of Financial Institutions, said tougher mortgage lending rules remain a prudent way to guard against risks in the marketplace. Still, officials are continually assessing conditions.

“OSFI monitors the environment on a continual basis and when we determine that adjustments to our standards and guidelines are warranted, we make them,” Rogers said Tuesday in a speech in Toronto. She acknowledged that the escalating cost of home ownership is a problem in Canada but said the answer can’t be more debt, in particular more consumer debt.

The country’s banking regulator is under pressure to ease up on stress tests that require home buyers to prove they can handle payments at 200 basis points above the contracted rate. The rule came into effect in January 2018, and is often blamed for causing the plunge in sales in the country’s two priciest markets — Toronto and Vancouver.

Industry groups have been arguing the measures are most punitive for first-time buyers.

“If we continue to force those folks to rent, they’re going to see continuing escalating costs and the average Canadian is going to be a whole lot worse off in a decade,” Paul Taylor, chief executive officer of Mortgage Professionals Canada, said Monday in an interview at Bloomberg’s Toronto office. His group’s 11,500 brokerages, lenders, and insurers originate more than 35 percent of all mortgages in Canada and 55 percent for first-time buyers, according to its website.

Taylor is urging OSFI to adjust the rate for stress tests to 75 basis points.

A string of government rule changes over the past several years is generating a widening backlash as Canada’s housing market continues to soften. Toronto and Vancouver are coming off their worst year for sales in at least a decade.

Rogers said that while interest rates have increased since the measure was introduced, borrowing costs still remain historically low and personal debt remains high. She said there could be changes to income or other home owning expenses that make it difficult to pay off mortgages.

“It’s prudent to have a buffer for these changes as well,” she said.

At the same time, the introduction of the stress tests themselves were an adjustment to a “shift in risks” in the financial system and things could change.

“Should that margin of safety be monitored, and should changes be considered if conditions in the environment change? Of course they should,” she said.

David Wilkes, chief executive officer at the Building Industry and Land Development Association, says the stress test needs to be changed to reflect higher borrowing costs, given the Bank of Canada has lifted its key lending rate five times, to 1.75 percent, since mid-2017.

Wilkes also says one of the unintended consequences of the rule changes is that they’re driving home buyers into secondary markets where rates are often much higher. “Without those changes, we are going to continue to see a dampening of demand,” Wilkes said in a telephone interview.

The federal government has the opportunity in its upcoming budget to make changes, such as extending amortization periods, Wilkes said. It could also use “moral suasion” to encourage lenders to look at longer mortgage terms, so rather than the standard 5-year term, they could offer 7-year or 10-year terms, similar to what’s available in other markets, Wilkes said.

Finance Minister Bill Morneau, who’s preparing his budget ahead of an election in October, said this month the government is looking at ways to make homes more affordable for younger buyers.

“I’m hopeful that there’ll be some sort of a reduction to the stress test,” Taylor said. “But I’m also nervous that they will create some sort of overly complex tax rebate system specifically for first time buyers that won’t assist them at all.”