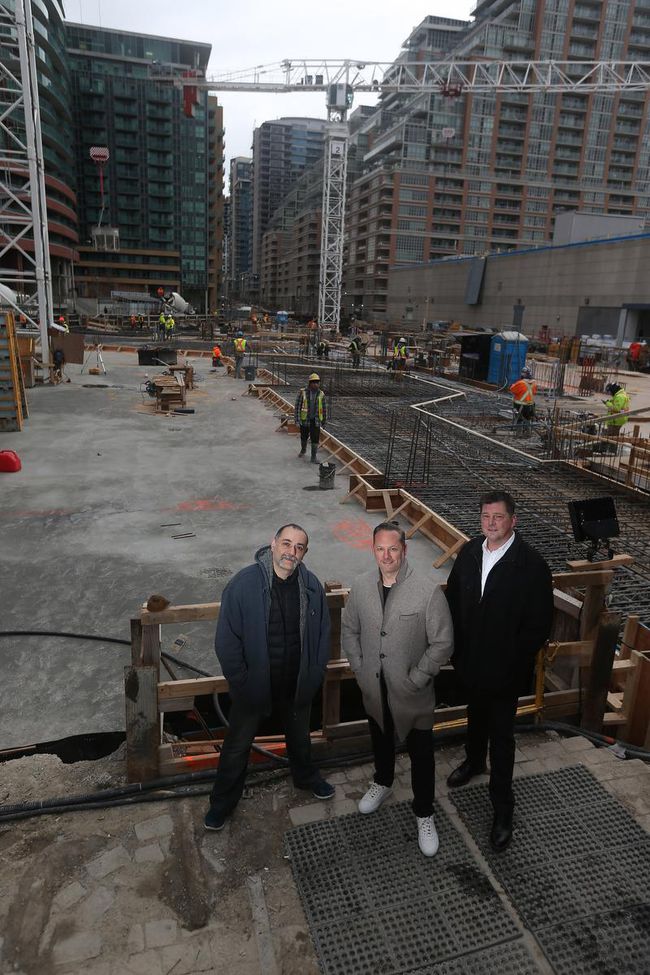 Building on History in Liberty Village

Building on History in Liberty Village

Toronto’s Liberty Market Building is literally underlined with history as the historic manufacturing and wartime weapons site moves into the future.

Liberty Market Tower — a 28-storey condo tower with 281 condo suites ranging from studios to three-bedroom units above seven floors of commercial space — is now being built onto the heritage 1881 warehouse. Occupancy at the mixed-use building is tentatively set for fall, 2021 and sales are expected to begin at the end of February.

The original structure “was built as a munitions factory in the 1940s, and you can still see some of the railroad tracks that run through the middle of the property that used to bring the material to the building,” said Brian Brown, principal of Lifetime Developments, the project’s builder.

“They were manufacturing the Bren gun, and after the war most of the industries moved out of the area, and this building was used for light industrial and warehousing purposes,” Brown added. 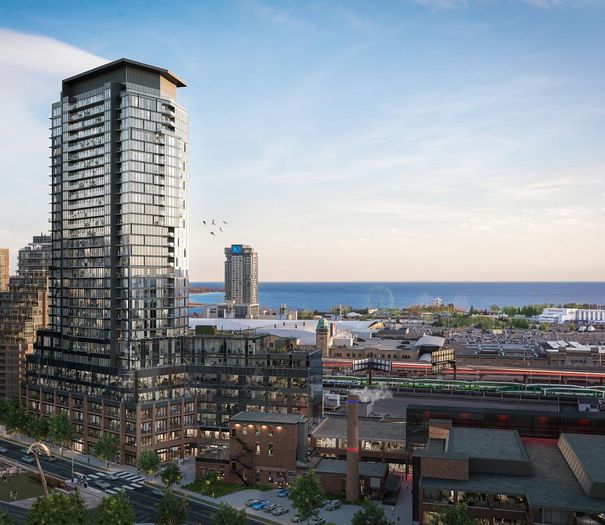 Residential amenities at Liberty Market Tower will be on the eighth floor and offer more than 12,000 square feet of indoor and outdoor facilities including a state-of-the-art fitness studio, entertaining rooms, outdoor dining and a business centre.

“We’ve been very successful at this property with the office components,” said Brown, of the warehouse that Lifetime acquired, and began refurbishing, in 2004. “The company, WeWork, will take up three of the six floors.”

The building also includes three floors of underground parking. “The area is parking-deficient in a lot of ways,” Brown said. “We wanted to add commercial parking, as well, which is important to tenants in our building. There was only a small area around the building which would allow for surface parking.” 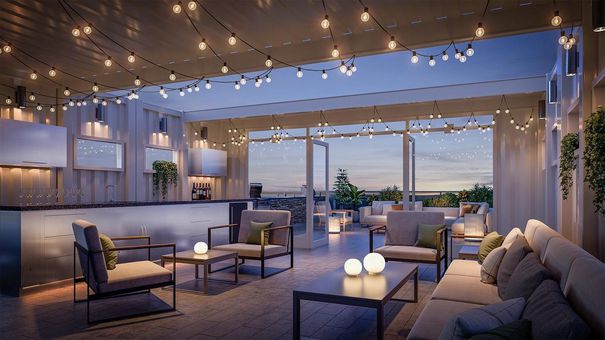 The common area lounge at Liberty Market Tower will have a terrace and outdoor dining. (LIFETIME DEVELOPMENTS)

Retailer Robert Whitfield, owner of Casalife Furniture, will return his store to the new Liberty Market Tower when construction is complete. Whitfield first opened in Liberty Village 17 years ago and “there was nothing there when we got there — the road wasn’t even paved. It’s a good busy hub now.

“We evolved into a condo store,” Whitfield said. “I’m a furniture designer by trade, and people were having problems with space. I was the first guy to come up with the drawer beds — we did a lot of condo furniture. ”

Just west of downtown, Liberty Village is bordered by Dufferin St. on the west, King St. W. to the north, Strachan Ave. to the east, and the Gardiner Expressway at the south. It’s walking distance to Exhibition Place grounds, BMO Field, Ontario Place and Budweiser Stage, Lake Ontario and the Martin Goodman waterfront trail. It’s also steps to the Exhibition GO train station on the Lakeshore West line. 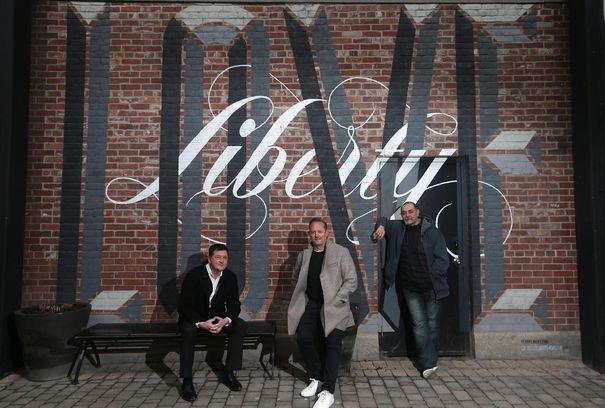 “Being able to walk down to the lakeshore with the bicycle paths that are there and all the other facilities, it really makes it a very attractive property,” said Brown.

Resident Maz Mohajer agrees. “We’ve been here for 10 years but we’re still discovering little places down some of the roads, and it’s still fun to discover the area.”

“I’m a little bit of a history junkie, so I love the fact that whenever I walk past one of these buildings, I think of the people working here, day and night, in the 1940s to collectively fight something,” said Mohajer. “If you connect to the city you live in, these kinds of areas become important, remind us of what we’ve done together.”

Mohajer, a photographer and painter, has used the area in his various photo shoots. “I’ve used a lot of the different nooks and crannies and old spots around here.”

Both retailer Whitfield and resident Mohajer have watched the neighbourhood grow — and change. 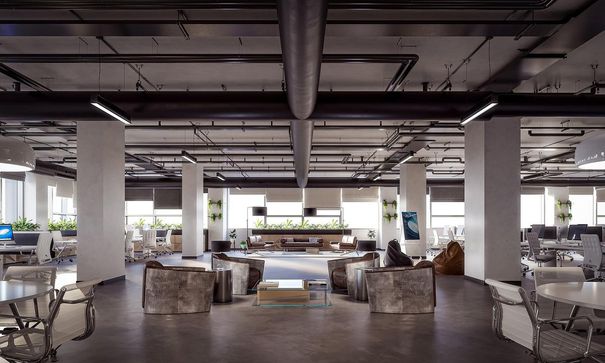 Office and commercial space is planned for the first seven floors of the new Liberty Market Tower building. (LIFETIME DEVELOPMENTS)

“When I moved there years ago, it had its own little vibe to it, with a bunch of entrepreneurial artistic types. Some people feel it’s been pushed out a bit by the density, but I think it’s still a pretty vibrant community. We’ll certainly go in there and give it another shot,” said Whitfield.

Mohajer said he’s observed the transition away from “a massive art community, a vibrant community of people you could talk to, exchange information, learn from, teach,” to the current technology and retail profile.

As Liberty Village has grown, it has also seen a shift in buyers and residents. “We’ve been in this neighbourhood for almost 16 years and we’ve noticed there used to be a younger and more single demographic in the village. Today it’s way more diverse,” said Lifetime’s Brown.

“You’re still getting young people, but also young people living here now looking to upgrade. We’re also seeing people who are much older than originally expected. That’s because Liberty Village has really matured and the types of amenities in the village have changed and evolved.”

Transit and traffic challenges have also evolved as the neighbourhood developed. The King Street Transit Priority Corridor initiative has helped reduce travel times to the downtown core and the Exhibition GO station is one stop from Union station. As well, Brown noted, the proposed Ontario Line transit plan targets Exhibition station as a SmartTrack hub.