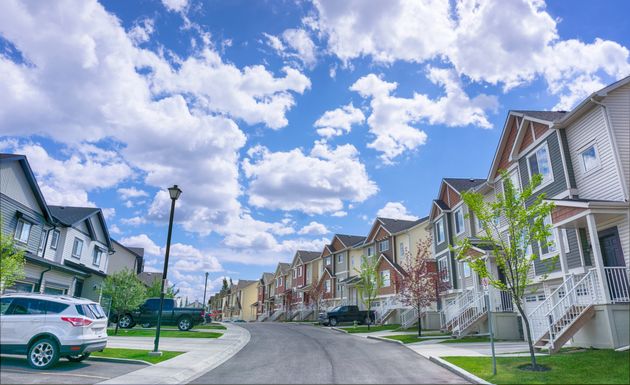 A spike in COVID-19 cases, new restrictions on activities in many parts of the country, and even the collapse of oil prices all combined doesn’t seem to be enough to stop the juggernaut that is Canada’s housing market.

Real estate boards in the country’s largest metro areas reported sharp sales increases in November even as sellers pulled back in many markets, reducing listings. The result was a rapid spike in selling prices.

Sales in Greater Toronto jumped more than 24 per cent and the average selling price for a detached house was up 15.2 per cent from a year earlier, to $1.202 million, the region’s real estate board said.

“Home buyers continued to take advantage of very low borrowing costs in November, especially those looking to buy some form of single-family home,” Lisa Patel, president of the Toronto Regional Real Estate Board (TRREB), said in a statement.

“Competition between buyers for ground-oriented homes has been extremely strong in many neighbourhoods throughout the GTA, which has continued to support double-digit annual rates of price growth.”

One exception was Toronto’s condo market, particularly downtown. The average selling price for condos fell 2 per cent, to $605,863, amid a surge of listings in the city core.

Montreal and Quebec City recorded the highest number of home sales ever for a month of November, according to the Quebec Professional Association of Real Estate Brokers.

The median price of a detached home in Montreal shot up 23 per cent from a year earlier, to $435,000, while condos rose 9 per cent to $316,000, despite a massive 57-per-cent spike in new condo listings on the Island of Montreal.

But perhaps the largest surprise is Alberta’s large cities, where the unemployment rate has soared above 11 per cent this year amid an oil price collapse.

Sales were up 27 per cent from a year earlier in Edmonton, with the benchmark residential price up 6.5 per cent to just over $376,000.

“The gains in sales in the latter part of this year have been a bit surprising considering the job losses and unemployment rate in our city,” Ann-Marie Lurie, chief economist at the Calgary Real Estate Board, said in a statement.

“However, it is important to note that the shift to more balanced conditions has been mostly driven by the reduction of supply.”

New listings on the Calgary market have dropped by 10 per cent, to their lowest level since 2001, when the city had a considerably smaller population.

A lack of listings seems to be the problem in many parts of the market, including Vancouver, where sales jumped 22.7 per cent in November, but active listings increased only 3.2 per cent, the Real Estate Board of Greater Vancouver said.

The large gains in house prices come at a time when the rental market is moving in the opposite direction. With pandemic-related job losses concentrated among lower-income earners, and fewer students moving out of home this fall, the demand for rentals is drying up.

The average asking price for a rental apartment has fallen 8 per cent over the past year, according to estimates from Rentals.ca. Toronto rents were down 13 per cent in November. Bullpen Research, which co-authors Rentals.ca’s rent reports, predicts Toronto rental rates will end the year down 20 per cent.

“The data appears to back up the ‘Urban Exodus’ theory in Ontario, with average rents declining (in Toronto boroughs) while cities such as Kitchener, Hamilton and London are still seeing double-digit rent growth during the pandemic, with annual increases of 14 per cent, 15 per cent and 17 per cent respectively,” Rentals.ca said in its report.

However, Toronto’s real estate board is expecting a condo rebound in the city.

“Once we move into the post-COVID period, we will start to see a resumption of population growth, both from immigration and a return of non-permanent residents. This will lead to an increase in demand for condominium apartments in the ownership and rental markets,” TREB chief market analyst Jason Mercer said in a statement.