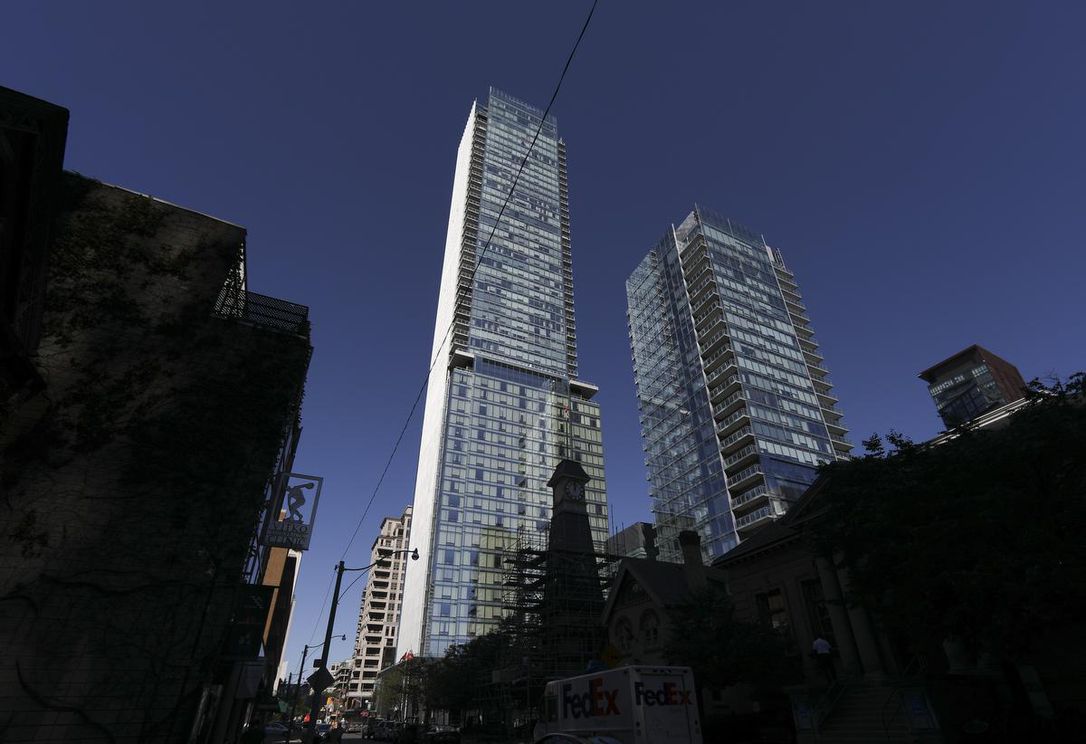 Condo prices in Toronto are rising at a higher rate than the price of houses, a new study found.

According to a report by real estate company Zoocasa, condo prices across the city are up 12 per cent from last year, outstripping the rate of increase for house prices, which went up by just one per cent.

The study found that, as of last month, the city’s real estate board showed that a condo unit in the city went for an average of $615,582, an increase of close to 12 per cent from the same time last year.

The difference in rates can be attributed to the implementation of the province’s Fair Housing Plan, said Zoocasa.

The plan was launched in April 2017 with the aim of making housing in the province more affordable. It was designed to increase housing supply, and included a 15-per-cent tax on house-buyers in the Greater Golden Horseshoe who weren’t citizens or permanent residents.

The plan’s implementation “effectively chilled the detached and semi-detached housing market,” said Zoocasa, and this played a part in condo prices increasing at a higher rate than house prices.

Condo values increased in 23 of the 35 Toronto markets studied.

In 18 of those markets, condo prices rose higher than the city average.

Prices of condos in the downtown area, especially those in the city’s west end, continue to increase faster, which is expected given the location’s “booming” job market and reputation for trendy neighbourhoods, Zoocasa said.

Neighbourhoods such as Yorkville and North York’s Willowridge are among the places seeing the highest spikes in condo prices. In Willowridge, they rose by 43 per cent, while house prices rose by 16 per cent.

While condo prices are rising higher in most neighbourhoods, there are a few exceptions; Zoocasa said the data shows houses in Etobicoke, Regent Park, Leaside, Moore Park and Islington City Centre West were increasing at a higher rate than condo pricees. The real estate company said this is likely because of “higher luxury price-points.”

The area of Willowridge, Martingrove and Richview tied with the Black Creek, York University Heights neighbourhoods for the highest increase in condo prices compared to houses. Prices for condos rose by 43 per cent. Other neighbourhoods amongst the top five zones for condo increases included West Hill, Centennial Scarborough, Birchcliff, Roncesvalles, Parkdale, Yorkville, the Annex and Summerhill.

Scarborough Village and Guildwood round out the end of the top five with condo prices in the area going up by 29 per cent while houses went up by just one per cent.