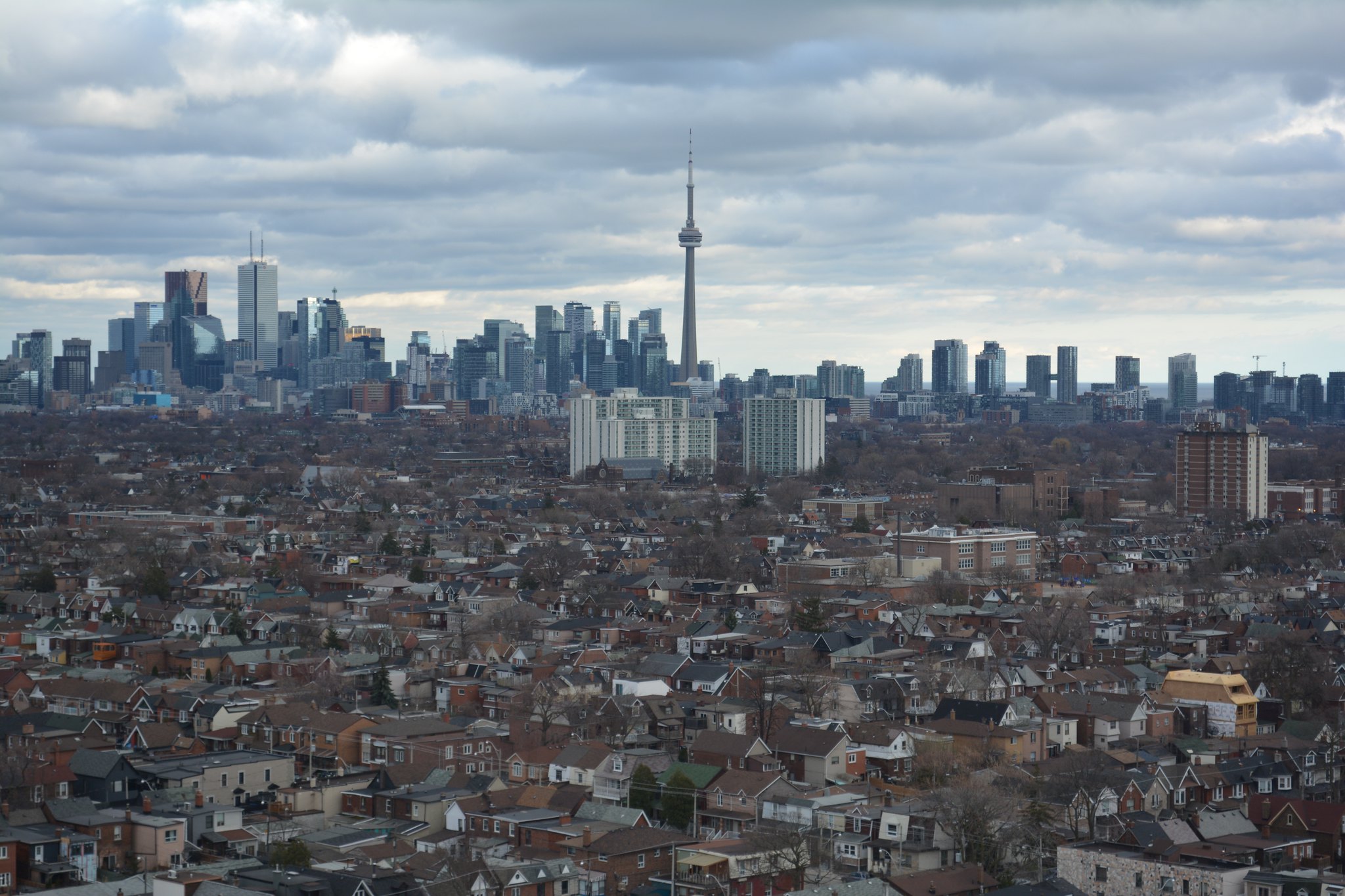 “This teeny document is like an atomic bomb. No, seriously. The entire development community is waiting for a storm, and right now they don’t know if it’s Category 1, or Category 4, or Armageddon.”

These words, spoken by one Design Review Panelist, were the opening remarks of the discussion surrounding the City’s inclusionary zoning policies at the DRP session last month. While the statement is rather alarmist, it speaks volumes about the importance of these policies and the impact they may have on the provision of affordable housing in Toronto.

Following changes to the Planning Act that came into effect in April 2018, municipalities in Ontario were granted the ability to implement inclusionary zoning, which currently does not exist in Canada. At a unique Design Review Panel session, the City presented their current progress on policy directions, offering background information on what exactly inclusionary zoning means, and how it might fit within Toronto’s scorching hot housing industry.

The City’s policy directions are only preliminary at this point, and by the Panel’s own admission, being comprised of architects, urban designers, and landscape architects meant that they were not exactly experts on drafting planning policy. However, a ton of useful information was included and a rather intriguing discussion evolved out of the presentation that offered a snapshot of the many debates to come surrounding the solutions to Toronto’s housing crisis. Without further ado, let’s dive into the dizzying rabbit hole of inclusionary zoning and housing policy.

What is Inclusionary Zoning?

Simply put, inclusionary zoning refers to the act of rezoning properties to require mandatory inclusion of affordable housing units in new developments. The term ‘affordable housing’ encompasses both rental and ownership dwellings of all types and sizes, ranging from detached single-family houses to units in multi-residential buildings, and simply means that the dwellings are offered at below-market prices. Exactly how far below market value constitutes affordable housing has yet to be set in stone; this is part of the City’s policies, discussed later in this article.

The City now has the ability to add this requirement where it sees fit, and is currently studying the best way to do so. Inclusionary zoning does not necessarily apply to every single property or every single type of development, and the number of affordable units provided as part of a development can vary; these are all parameters that the City is trying to sort out before implementing these policies. 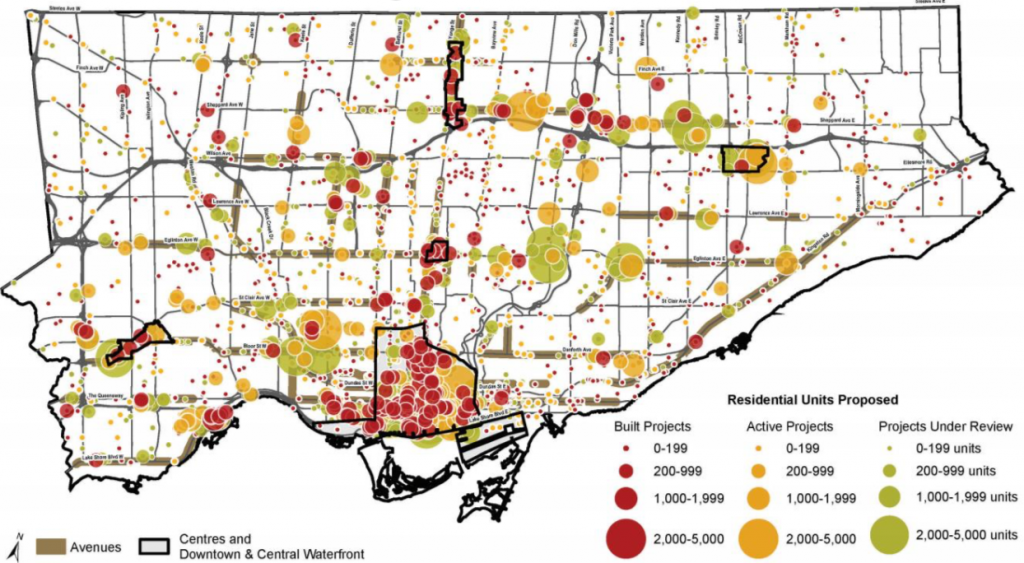 Who Benefits From Inclusionary Zoning?

Inclusionary zoning directly benefits the population that earns too much income to qualify for social housing, but does not earn enough income to be able to afford market prices. This, unfortunately, is a rapidly growing slice of the population eating away at the city’s middle class. Toronto’s current average rent for a one-bedroom apartment is $1,270, which would require an income of just over $50,000 per year using the 30% of annual income rule. The average for new condo rentals has just surpassed $2,200, which would require an annual salary of $88,000. A recent study by the Canadian Centre for Policy Alternatives showed that minimum wage earners cannot afford to rent a one- or two-bedroom apartment anywhere in Toronto on their own.

The City also presented some rather concerning statistics to highlight just why affordable housing is needed: 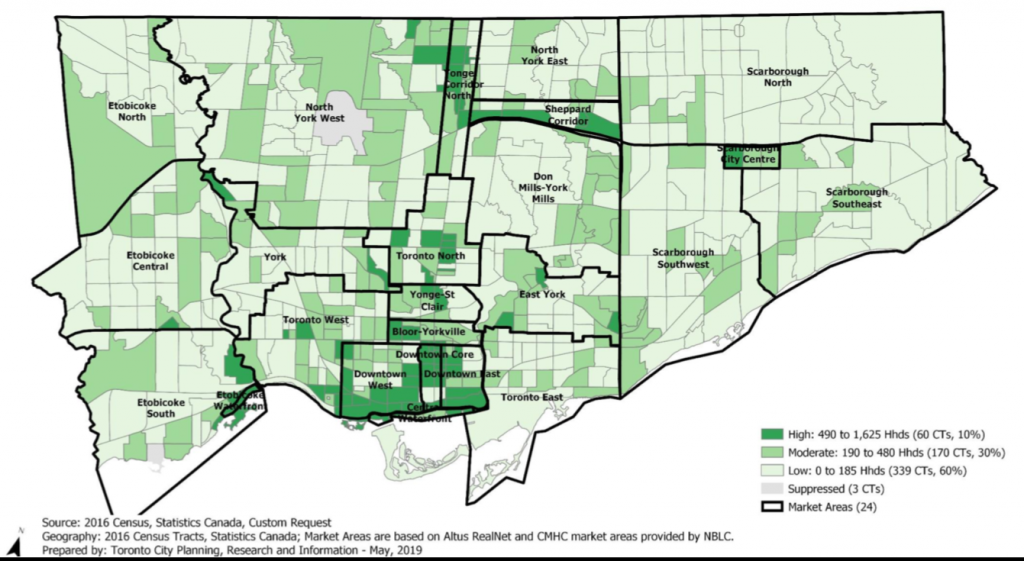 Who Pays for Affordable Housing?

This is the million-dollar question that many are focusing on: who absorbs the costs associated with the reduced housing prices of affordable units?

The City engaged an outside consultant to conduct a study of the financial impacts of inclusionary zoning, and they are also in consultation with BILD, non-profit housing providers, academics, and housing advocates who are all doing their own studies on the matter. The preliminary results of the City’s study indicate that the private sector can bear the burden of the reduced costs, but the answer is a lot more complicated than that.

By the City’s calculations, inclusionary zoning – within appropriate limits – will still turn a profit when the land is developed. The idea is that, with inclusionary zoning in place, developers will pay less for the land knowing that their revenue will be reduced on account of the inclusionary zoning. Land value will still increase, but at a slower rate than without the requirement for affordable units. More importantly, the City is emphasizing that the costs would not be passed on to the consumer, a contentious point that many are arguing. Their economic models indicate that the land value adjustment can absorb the costs.

This, of course, applies only to developers buying new land. For those who already own the land but have yet to develop, the situation is a bit trickier, since the landowners have already paid a price for the properties based on a development without affordable housing. The City is looking at ways of creating a transition to inclusionary zoning, rather than implementing a hard requirement across the board, to prevent too much of a shock to the housing industry.

The City is also looking at mitigating the effects of the cost through geographic location of inclusionary zoning. Their financial study modelled areas of the city that had strong, moderate, and weak housing markets based on supply and demand, among other factors. Using this map, the City will look at implementing inclusionary zoning only in the strong and moderate market areas, where demand is high enough that the reduced land values will have less of a chance of discouraging developers from building.