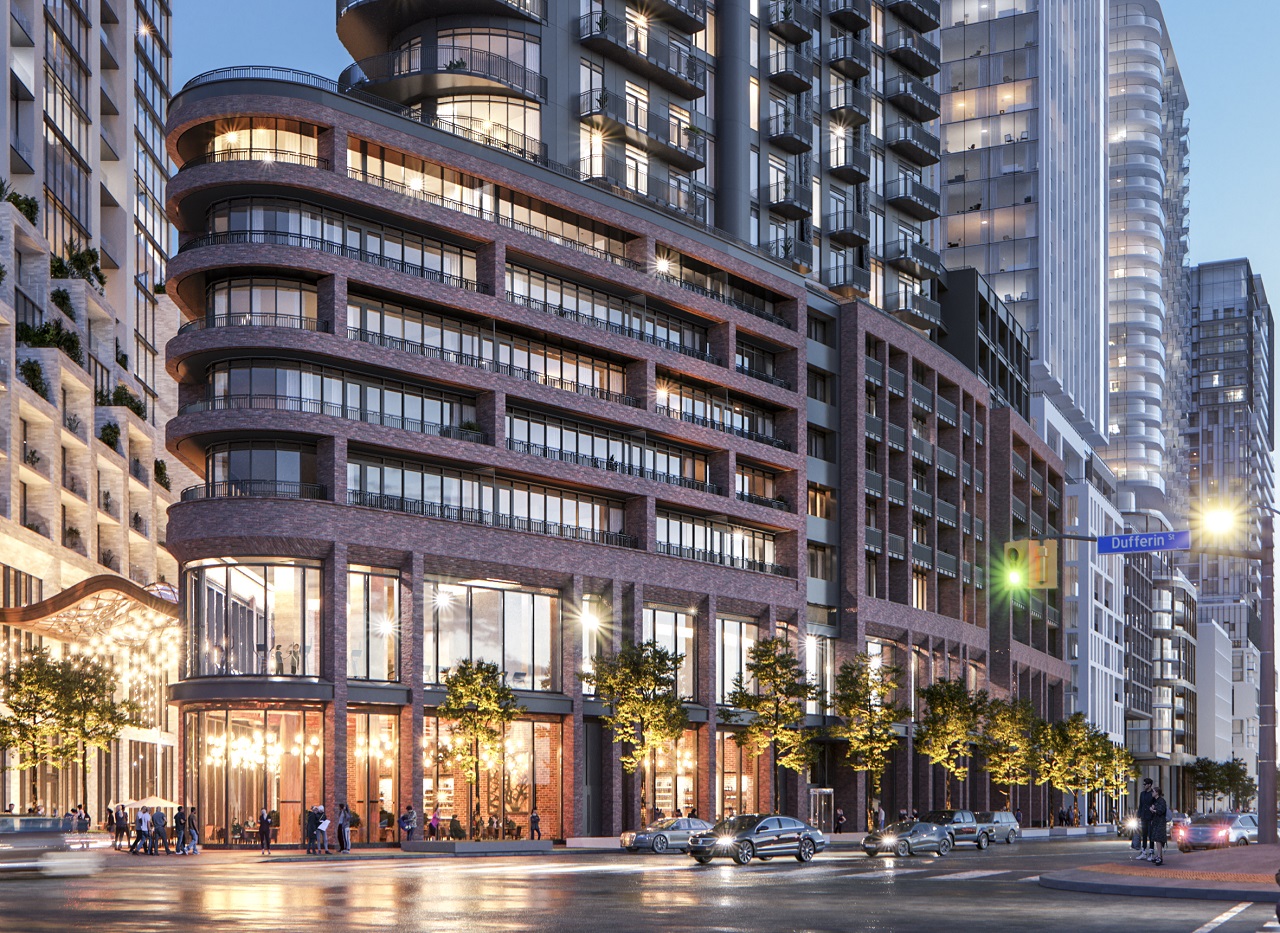 Following on the success of the initial phases—Galleria 01 & 02—of the Galleria on the Park master-planned community from ELAD Canada, the next phase has been announced in the redevelopment of the Galleria Shopping Centre at Dupont and Dufferin streets in Toronto’s West End.

Galleria III will form half of the northeastern gateway to the community, which is set to host several retail-fronted residential buildings lining pedestrian mews and new streets, along with a brand new eight-acre city park, and a 95,000 ft² community centre. Rising 31 storeys to a height of 111.5 metres on Dupont just west of Dufferin, Galleria III will have a total gross floor area of 36,746 m², including 31,256 m² of residential and 5,491 m² of retail space.

“Rising at the entrance of Galleria on the Park, Galleria III will become the new landmark building for not only our community but for the West End,” reads a statement issued by Rafael Lazer, CEO, ELAD Canada. “This marks an exciting new chapter for Toronto’s cityscape. We have always believed in this special neighbourhood, already a source for so much ingenuity and entrepreneurship and we are proud to deliver better community amenities, green spaces, and beautiful architecture to the area.” 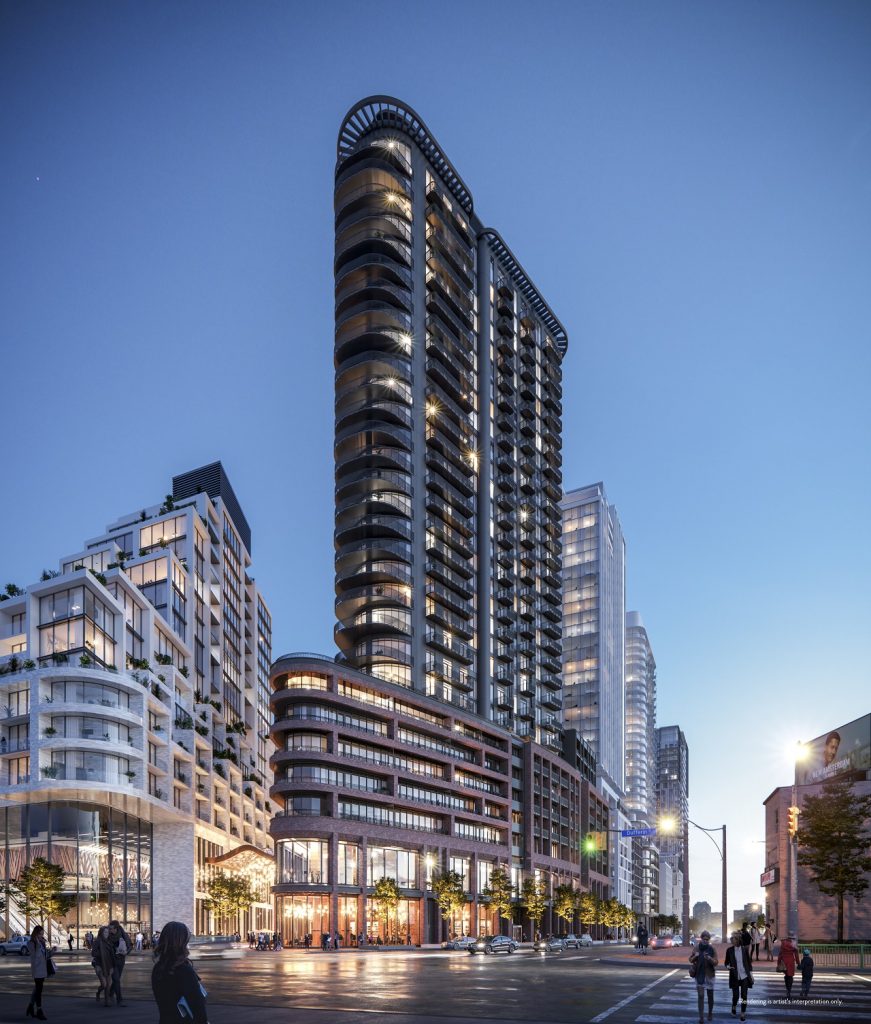 The 31-storey condominium tower is to set itself apart from others in the complex and wider community with a design by Hariri Pontarini Architects (HPA) that addresses the curving alignment of Dupont Street. A pedestrian mews running from northeast to southwest across the site will define the south side of the flatiron-inspired massing. A red brick exterior for seven podium levels creates a dialogue with the early 20th-century industrial buildings that define the surrounding area. Two levels of retail will animate the ground realm, while above, finishes like patterned steel radiators and vertical metal balcony guardrails continue the industrial theme up the tower elevations. 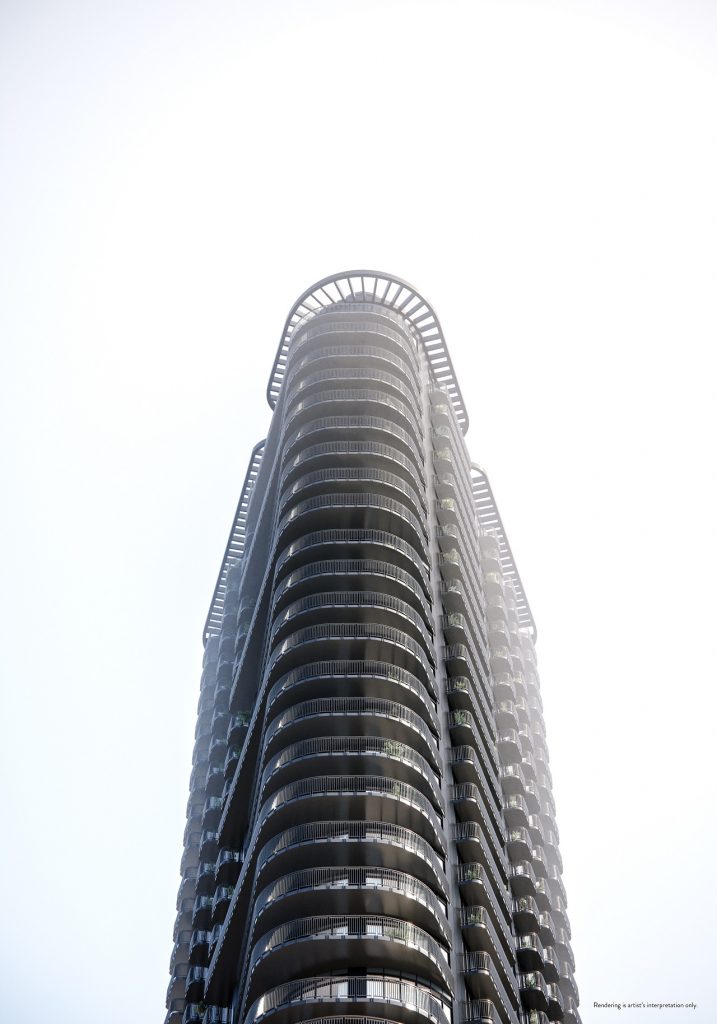 “We wanted to work on this influential tower so we could both build on the existing character of the neighbourhood and look to the future, setting the tone for the continued evolution of the West End,” reads a statement from David Pontarini, Founding Partner at Hariri Pontarini Architects. “The result is a sophisticated design, unlike anywhere in the city, which emphasizes the pedestrian experience to define a new chapter for Dupont Street.” 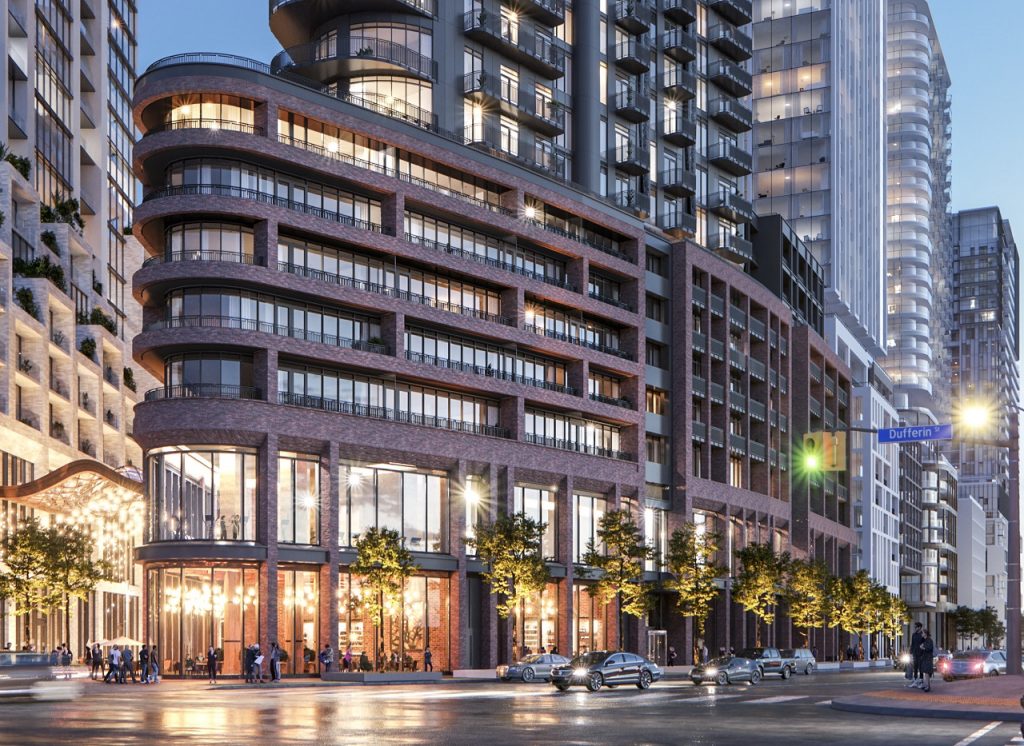 Adding to the approximately 600 units being built in the first two phases—which began construction in August—Galleria III will bring 426 residences, ranging from studios to three-bedrooms in a range of sizes spanning from 388 ft² to 1,228 ft². The curved exterior massing will be expressed in the unit layouts and balconies, complementing the building’s interior design by award-winning studio DesignAgency.

Amenities for the residents are to include a set of wellness-themed spaces including a third-floor fitness centre with a yoga room, spin studio, and meditation room, as well as an exterior dog run and pet wash, outdoor yoga spaces, and private pods surrounded by trees. Up on the 11th floor, residents will have access to a selection of spaces geared toward socialization, including a lounge with hanging orb fireplace, a billiards and private dining room, a youth hub, and an outdoor roof deck with many more offerings.

Matt Davis, Founder at DesignAgency, says the amenity design is inspired by the West End arts scene. “These incredible qualities combined with the history of the neighbourhood informed our approach, and how the residents of Galleria III would live, work, play, and gather in their new homes.”