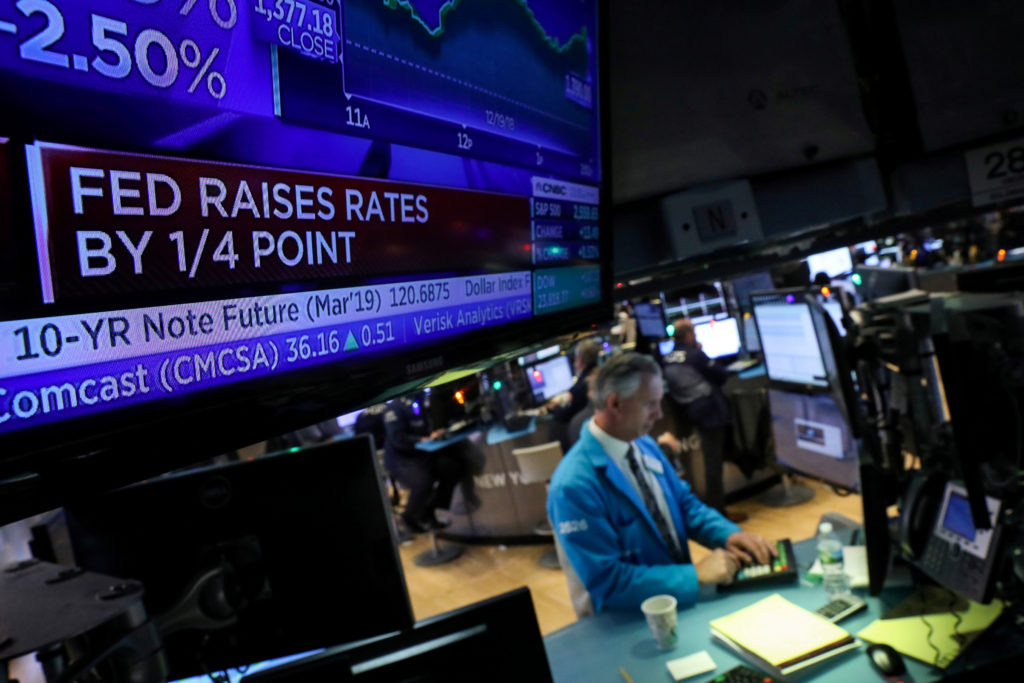 Expecting Higher Rates in 2019? Don’t Bet on it Just Yet

Expecting Higher Rates in 2019? Don’t Bet on it Just Yet

After hiking rates five times since the summer of 2017, some say the Bank of Canada could take a pause.

Ever since the Bank of Canada ratcheted its benchmark interest rate up in the summer of 2017, economists, policy-makers, central bankers (and, full disclosure, even yours truly) have been warning Canadians to expect more hikes to come as the era of virtually free money seemed to be coming to an end.

Since then, the central bank has indeed hiked its benchmark rate five times, to its current level of 1.75 per cent, and as recently as few weeks ago, economists were still forecasting as many as three more hikes by the end of 2019.

But the outlook has changed so quickly that now a move in the opposite direction is becoming a real possibility — a rate cut.

By Pollick’s math, there’s only about a 40 per cent chance of any sort of rate hike this year, and some in the market think a cut is on the table.

It’s not difficult to see why. While the job market is chugging along, and inflation is holding steady around the two per cent level the bank likes to see, some dark clouds have started to form on the horizon.

The price of Canadian oil known as Western Canada Select briefly dipped below $15 a barrel this fall, a level that by some estimates costs Canada’s economy as much as $100 million a day. While emergency moves to cap production by the Alberta government seem to have helped, there’s no question crude’s sudden swoon is hurting the oilpatch, and by extension the whole country.

Stephen Brown at Capital Economics predicts the slump in the world price of oil could be enough to take the wind out of Canada’s economic sails, slowing GDP growth to just 1.5 per cent this year — well below the two per cent growth the Bank of Canada was forecasting as recently as October, when it nudged its rate up to where it is now.

In explaining its decision at the time, the central bank made it clear that, rather than following a predetermined path, its decision-making would be governed by hard data on how the economy was doing — things like, are consumers spending money on cars and houses? Are businesses investing? And how is the global picture for free trade looking?

On all fronts since then, the data since then has been “unambiguously negative,” as Brown puts it.

December numbers showed that consumer spending rose by just 1.2 per cent in the third quarter, the worst pace in more than four years. Canadian car sales fell last year for the first time since the financial crisis, and the Canadian Real Estate Association says it expects home sales to fall to their lowest level in almost a decade this year.

Not to mention escalating global trade tensions that seem to be getting worse by the day.

Add it all up, and the path to a rate cut has begun to emerge, Brown says.

“We would not be surprised if the Bank of Canada continues to argue that it needs to raise interest rates,” he said. “But as it becomes clear that the economy is performing worse than the bank anticipated, we expect the bank to drop this line and ultimately cut interest rates at the tail end of this year.”

To be fair, that’s far from a universal view. Arlene Kish, an economist with IHS Markit, agrees that the Bank of Canada won’t feel any obligation to hike further if the data doesn’t warrant it. But she notes that the dark clouds over parts of Canada’s economy obscure blue skies elsewhere.

While Alberta and Saskatchewan are definitely hurting, “outside of the energy patch, business investment is robust, particularly in the tech sector,” she notes. And the jobless rate plunged to a 40-year low in November, and stayed there in December even as more people joined the workforce.

While the data probably isn’t enough to warrant a hike when the bank meets next week, Kish is of the view that higher rates are still on the horizon. “We are expecting fewer rate hikes this year than previously expected [but] two 25 basis-point hikes will be the most likely scenario this year,” she said in an email this week.