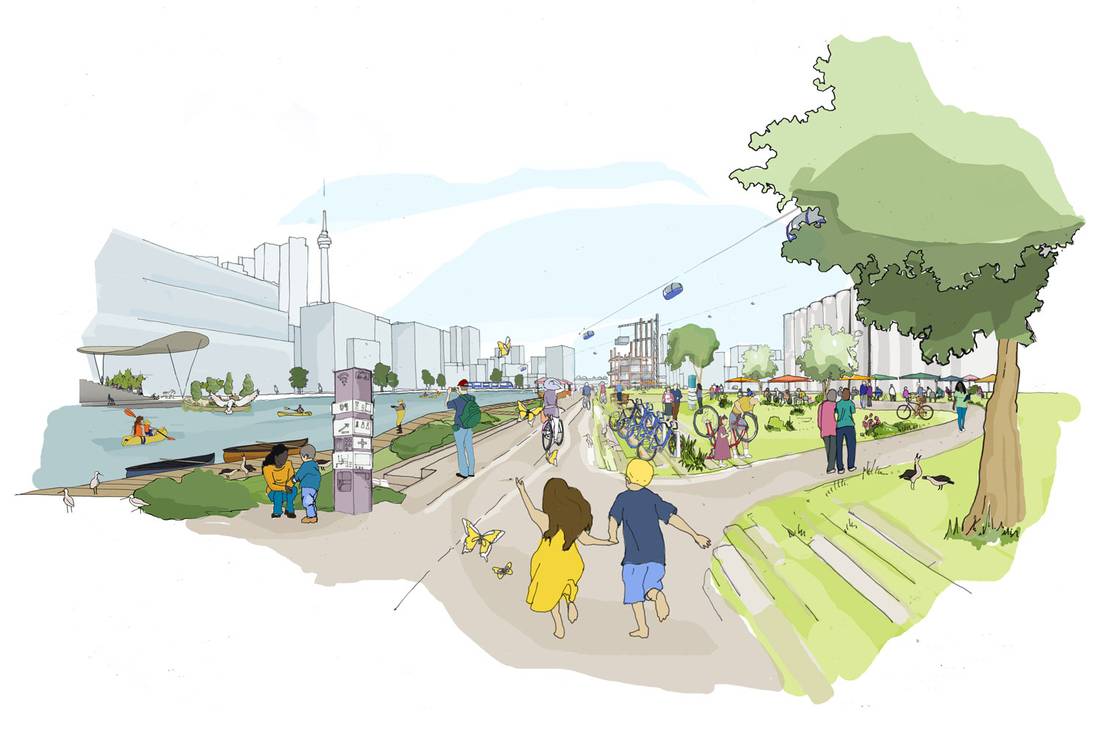 The partnership between a U.S. urban-innovation lab and a government agency could bring a bold experiment in city-building and high-tech to Toronto, Alex Bozikovic explains.

A unit of Google’s parent company, devoted to urban innovation, has signed a deal to map out a new kind of neighbourhood on Toronto’s waterfront that could demonstrate how data-driven technology can improve the quality of city life.

On Tuesday, Sidewalk Labs, a division of Alphabet Inc., and the government agency Waterfront Toronto announced a partnership in which Sidewalk initially will invest $50-million (U.S.) in a year-long planning process for Quayside, a 12-acre district on the waterfront, and the company has signalled its intentions to pursue a much larger area. This is the first such project for Alphabet, and for Sidewalk Labs.

If the initiative proceeds, it would include at least 3.3 million square feet of residential, office and commercial space, including a new headquarters for Google Canada, in a district that would be a test bed for the combination of technology and urbanism.

“Sidewalk Toronto” would represent North America’s largest example of the smart city, an urban district that is built around information technology and uses data – about traffic, noise, air quality and the performance of systems including trash bins and the electrical grid – to guide its operation. Access to those systems and the use of that data, in this private-public partnership, will raise novel policy questions for governments about privacy and governance.

Officials on hand for the announcement included Prime Minister Justin Trudeau, Ontario Premier Kathleen Wynne, Toronto Mayor John Tory and Alphabet executive chairman Eric Schmidt. Mr. Tory hailed the announcement as a step toward creating “a global hub for urban innovation” in Toronto. “This is a moment for Toronto,” he said in an interview in advance of the announcement. “By having Sidewalk interested in coming here, we’re building up our credentials as the place to be in the world.”

Sidewalk’s initial ideas – in a 220-page document made public Tuesday – show the company with an agenda that represents significant innovation in architecture, construction and urban design. Within the area it develops, private cars would be banned; streets would be served by autonomous vehicles and freight robots moving in underground tunnels. Intelligent signals would manage traffic on pedestrian-friendly streets; buildings would be designed to be highly flexible, constructed using modular units that are produced nearby. These would be home to what Sidewalk describes as a “radical” mix of offices, retail, residence and maker spaces, a blend which would challenge existing zoning and building-code regulations.

Those buildings would be linked by an energy system that would reduce the district’s energy consumption by 95 per cent below city regulations. And a digital layer would measure movements of people, energy, traffic and goods through the district.