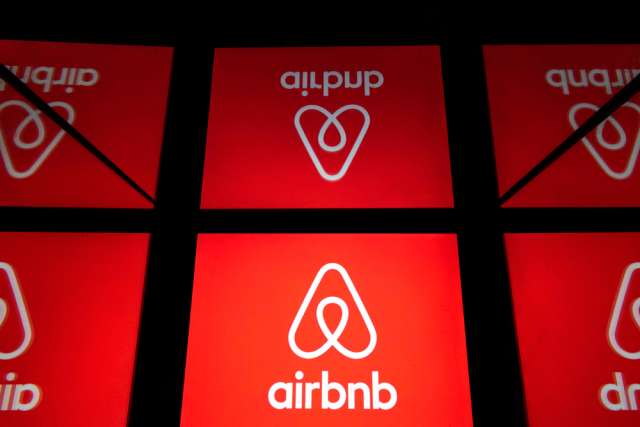 Joyce Lim, a tenant at the Ice Condos in downtown Toronto, observed in late May how strangely clean and quiet the lobby of her building had become.

At first, she thought it was due to both enhanced cleaning protocols related to COVID-19 and people not leaving their units unless absolutely necessary, but then it occurred to her that the lack of activity in the narrow lobby was because the random visitors hanging out with suitcases had disappeared.

“Almost every day there would be people just waiting, with bags and suitcases, for someone to quietly enter the building and slip them keys to Airbnb units they were renting for a few days,” Lim said. “It definitely felt like a hotel. That did not really bother me, but now I just feel good because it’s much cleaner and quieter.”

Ice Condos, twin high-rises that are a prominent Toronto landmark, is one of the three most popular sites for Airbnb Inc. bookings, according to data gathered by Fairbnb, a non-profit coalition of labour organizers, tenants, tourism groups and homeowners advocating for fairer home-sharing policies. 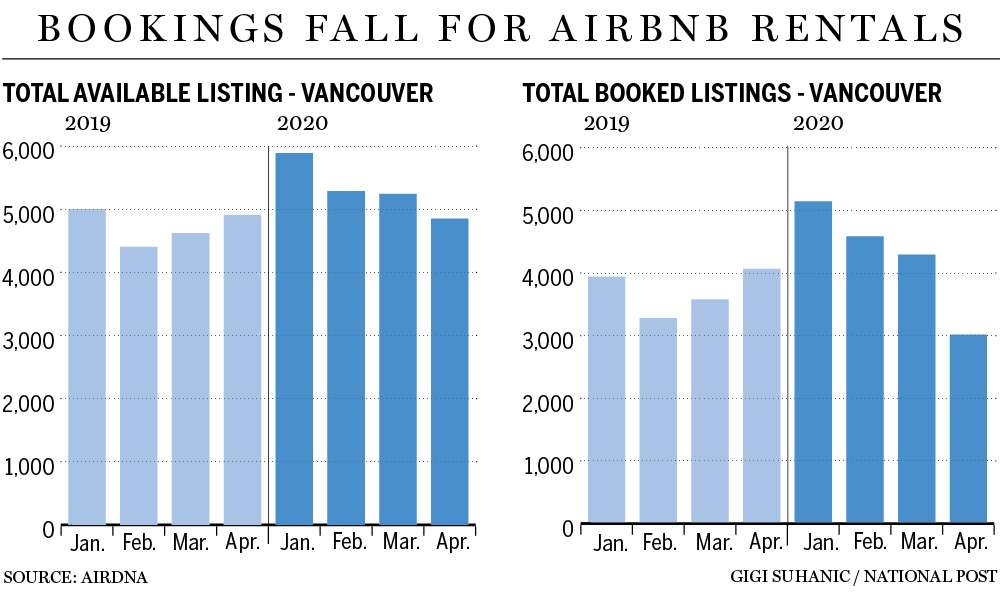 But the pandemic and Ontario’s subsequent ban on short-term rentals has led to such a sharp decline in the number of Airbnb bookings in major urban centres that those furnished units have migrated to the long-term rental market, according to data obtained by the Post from various condo rental sites and a real estate analytics company.

“We are seeing an incredible new amount of inventory of furnished units come onto the long-term rental market over the last few months,” said Andrew Harrild, co-founder of Condos.ca. “At Ice Condos, for example, there are now 147 units available for rent, which is unbelievable.”

Condos.ca data show that the number of Ice Condos units available on the long-term rental market increased by a remarkable 234 per cent between February and June 2020.

At 155 Yorkville Ave., another popular Toronto Airbnb building, Condos.ca had listings for 75 long-term rental units on June 12, while there were just 14 listings in February. Over at 300 Front St., listings grew to 71 from 14 during the same time period. Both buildings had substantially fewer listings in June 2019 at three and 14, respectively.

Data from AirDNA, an analytics company focused on the short-term rental market, also showed a clear decline in the number of available listings on Airbnb and VRBO sites in Toronto, Vancouver and Montreal, according to numbers provided to the Financial Post.

In Vancouver, there were 4,328 listings for entire units on Airbnb in January 2020, and just 3,651 by April 2020, an 18.5 per cent decrease. In the same period a year ago, the number of listings was essentially unchanged.

The same trends bore out in Toronto and Montreal, with declines of roughly 20 and 22 per cent, respectively — again, a pattern that was unique only to this year.