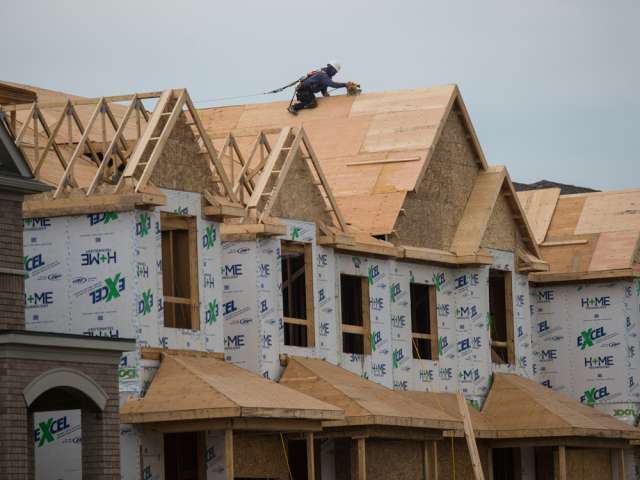 Industry report shows government fees on a new, single-detached home in the GTA was about $186,300, or 22% of the full price, and it’s even more for a condo.

Government costs and charges on homes have gone up significantly since 2013, and account for nearly a quarter of the price of a new home in the Greater Toronto Area, according to a report published this week.

The report, commissioned by the Building Industry and Land Development Association, showed average cost from government charges on a new, single-detached home in the GTA was approximately $186,300. This accounted for about 22 per cent of the price of an average home.

The fees include development charges such as property taxes, utility costs and building permits.

The report also found government charges on average homes have gone up about 60 per cent on low-rise homes and 90 per cent on high-rise homes since BILD’s 2013 study. The largest increase in charges was seen with high-rise developments in the city of Toronto, with an increase of 133 per cent in costs.

“Some of these costs, such as development charges, are increasing far faster than the rate of inflation, squeezing prospective new homebuyers out of the market,” said Dave Wilkes, President and CEO of BILD in a statement.

Since 2004, development charges have increased by an average of 430 per cent across the municipalities surveyed, far ahead of average wage increases and inflation over the same period, the report said.

According to Justin Sherwood, SVP of communications and stakeholder relations at BILD, the organization hopes to see homebuyers pay a fair share of the cost of development, however this becomes more difficult to achieve with costs going up at this rate.

“As you take a look at the rate at which some of these costs are going up in quite an unsustainable manner, we want to make sure that costs are, in fact, fair and equitable,” Sherwood said.

Rising prices have been hitting new homebuyers particularly hard, as these increasing charges add yet another challenge in a housing market burdened by high property costs and lack of supply, said Sherwood. With nearly a quarter of housing costs from government charges, young buyers will suffer in particular if the prices keep going up.

“Affordability is going to continue to be a challenge in the GTA, and young families are going to get priced out of the market,” he said.