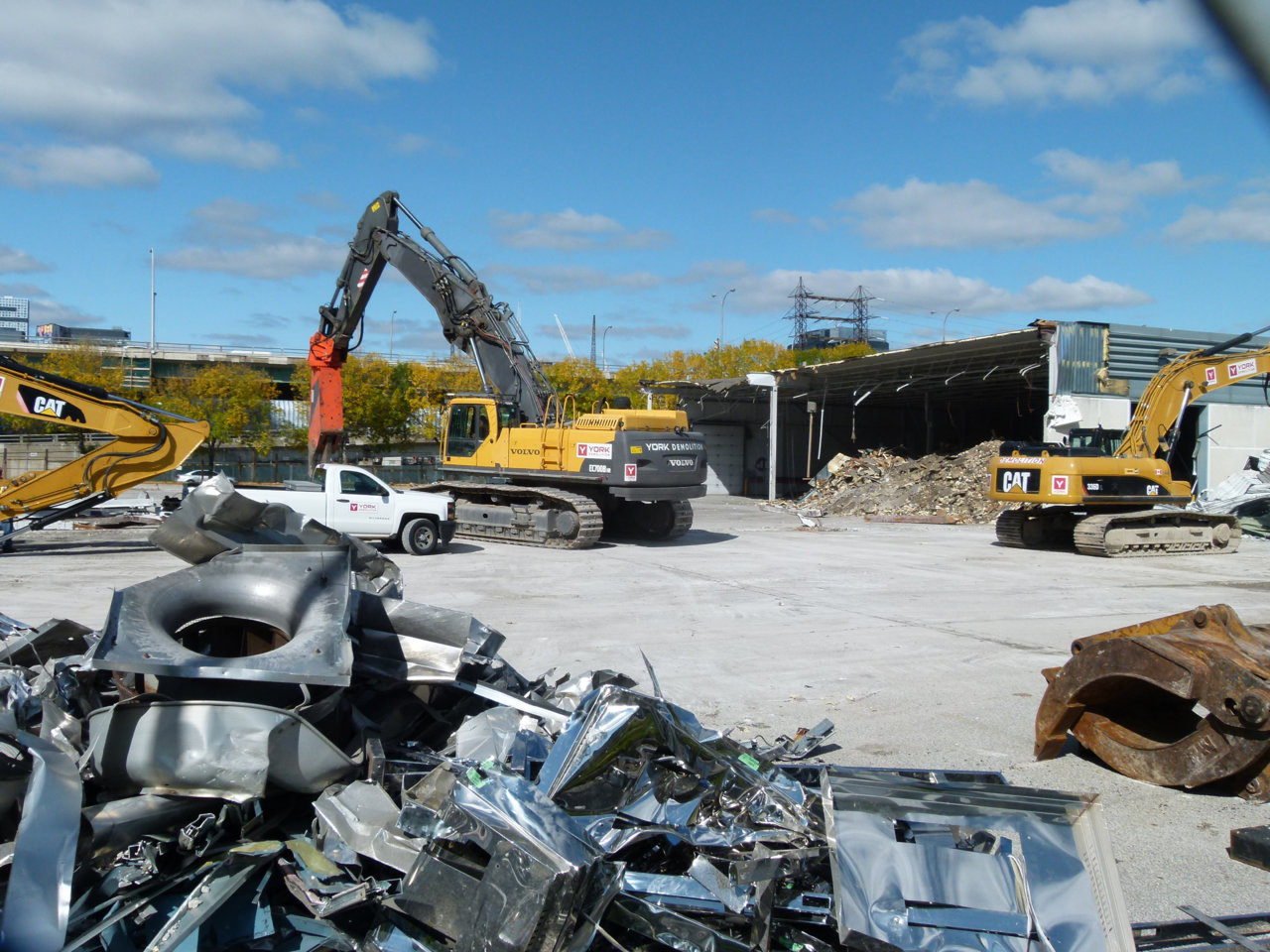 Toronto’s East Bayfront neighbourhood is growing denser every year as new buildings add homes and businesses to the area. Another project is gearing up to begin construction in the area as demolition begins to clear a warehouse from the site of Greenland Group’s Lakeside Residences, a multi-tower, Hariri Pontarini Architects-designed condominium development coming to Lower Sherbourne and Lake Shore Boulevard East. 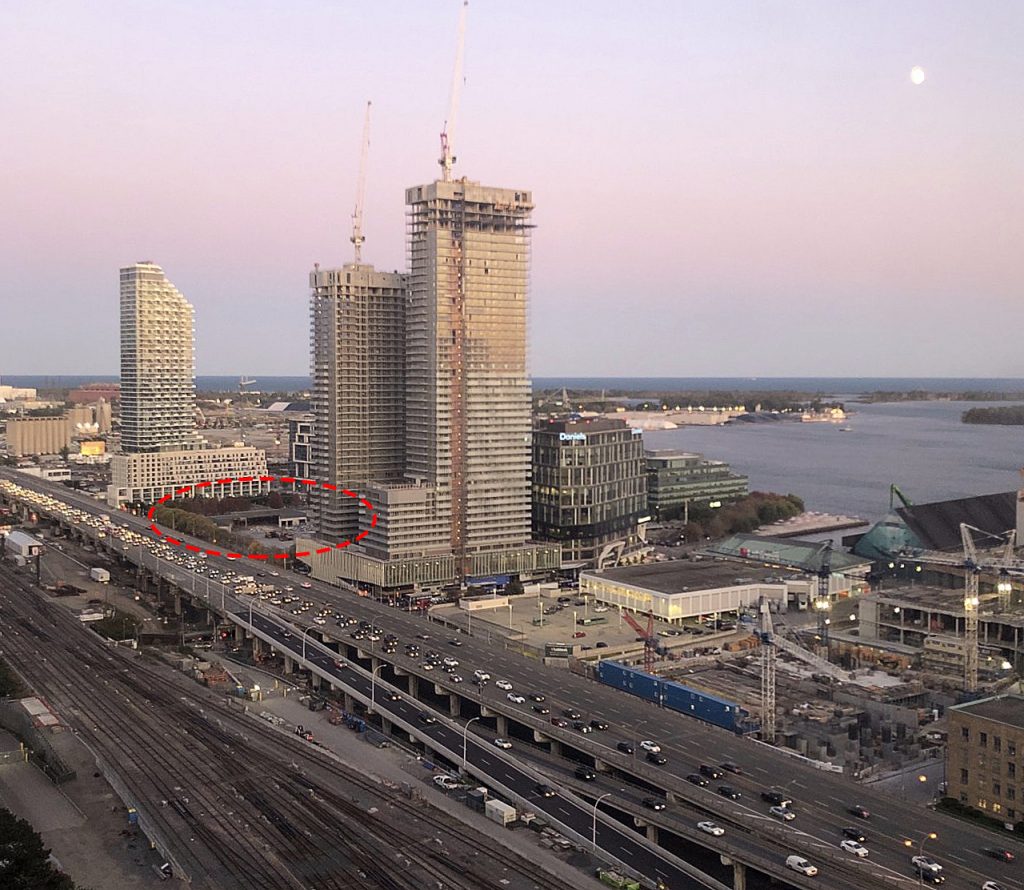 The Lakeside Residences development will rise from the site of a former FedEx warehouse facility at 215 Lake Shore Boulevard East. Demolition permits for the site were issued back in June, and by the end of September, demolition had begun to clear away the old warehouse. Teardown work has been ongoing in the over one month since heavy equipment arrived on site, and the most recent photos show that only the eastern third of the building remains standing. 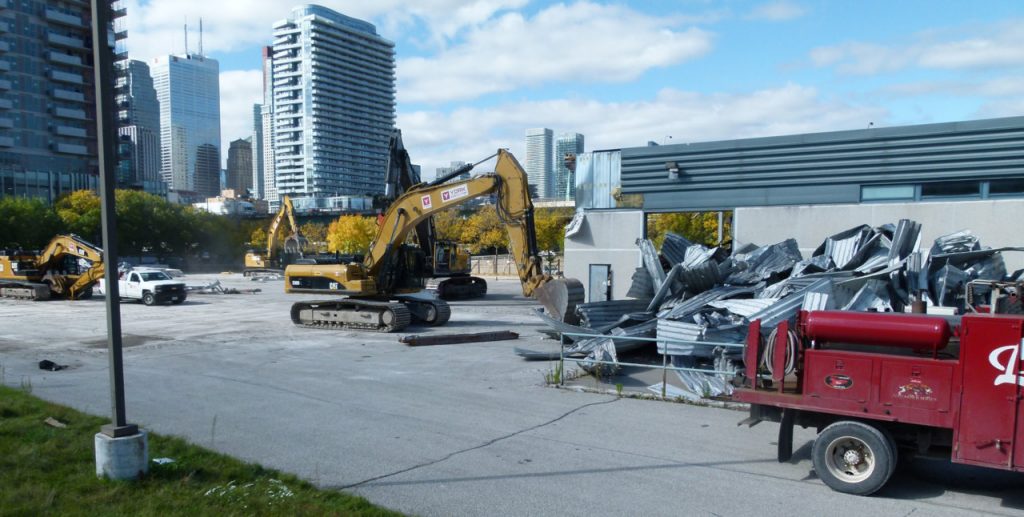 Once demolition is completed, work can begin on  drilling to form the below-grade earth retention walls necessary to support a safe excavation, now that a shoring permit has been issued. For the steps to follow, applications for permits to construct the new buildings were accepted by the City back in July, and are currently under review. 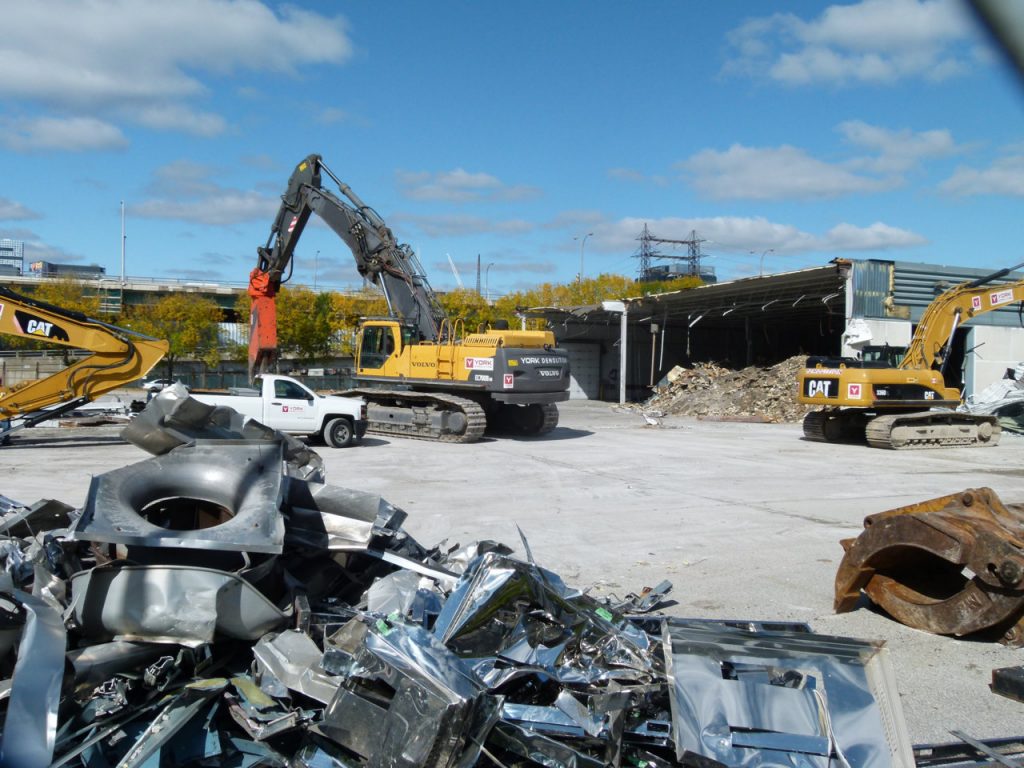 The area now being cleared marks the footprint of the community’s initial phase on the eastern half of the site, set to contain three towers of 14, 39, and 49 storeys. Additional phases will follow to the west, the details of which still remain under wraps.