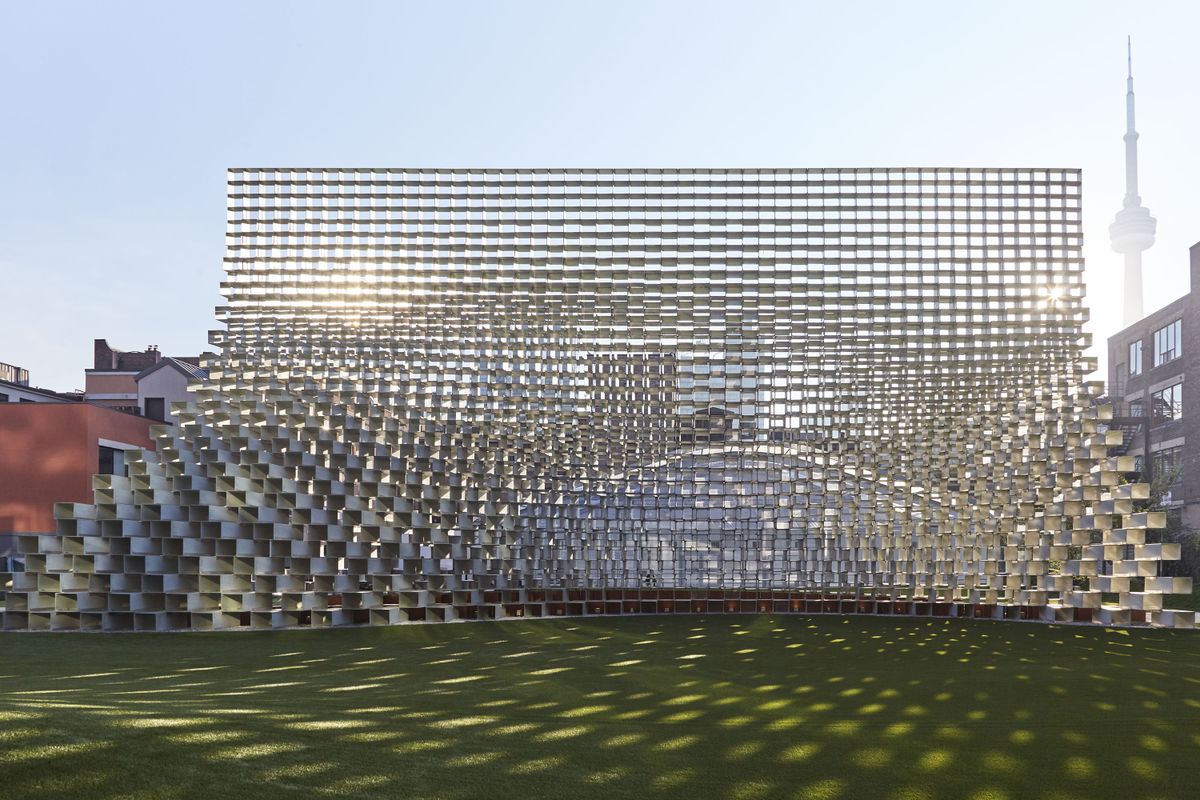 Thinking BIG: Danish Architects have a Radical Vision to Build a Distinct Condo Community in Toronto

Thinking BIG: Danish Architects have a Radical Vision to Build a Distinct Condo Community in Toronto

In Europe, Bjarke Ingels Group’s innovative approach has created buildings that feel like villages. Can they replicate that in North America?

“If everyone is different, then why do so many buildings look the same?” asks Danish architect Bjarke Ingels. “That’s something we’ve been thinking about for a few years now.” It’s an excellent question – and as our cities absorb new development in the form of apartment buildings, how can those buildings create a sense of community?

Mr. Ingels and his firm, Bjarke Ingels Group (BIG), have been exploring that question in a string of innovative buildings over the past decade – and now that effort is coming to downtown Toronto, in the form of a particularly radical building. After 2½ years of negotiations, the condo project Westbank King Street has been approved and is about to start sales. It’s being heralded by “Unzipped Toronto,” an exhibition in a BIG-designed pavilion that opens this week.

The new condo will be hard to miss. It could be the strangest residential building ever constructed in Canada. Certainly, it will set an interesting example for new housing. While new condos and apartments are often faulted for being soulless, this promises to be a carefully detailed building, a distinctive place, and a village that contributes to the larger city.

The 2016 Serpentine Pavilion, designed by BIG, has been erected on the King Street property where the Westbank development will go.

BIG is also making its mark on other Canadian cities, collaborating in each case with B.C.’s Westbank: The 52-storey Vancouver House recently topped off, and the office tower Telus Sky, Calgary’s third tallest building, opens to tenants this winter.

But the most interesting of them is the King Street project, by Westbank in partnership with Toronto office developers Allied Properties REIT. It was inspired by Moshe Safdie’s Habitat 67, the legendary assemblage of prefab boxes on Montreal’s harbour. Ian Gillespie of Westbank, the ambitious developer leading the King project, says he admires Habitat for its “ambition to create community” and because each of its units has its own identity – just like a single-family house. “If you live in a house, that house becomes part of who you are,” he argues. With King Street, “That is the ambition: that for residents, their home is unique to them.”

Like Habitat, the King Street building is configured as a series of “mountains,” irregular stacks of boxes that each contain a home or a piece of one. The residences rise up, over and around four century-old brick buildings, which will all be retained entirely or in large part. The BIG design borrows the peculiar genius of Mr. Safdie’s design by giving each home its own distinct expression, and its own terrace. As you step out from an apartment, you’ll be able to look across the way to wave to your neighbours. “Residents will be able to see each other and say hello to each other,” Mr. Ingels says.

Meanwhile, the interior spaces of each home and office unit are relatively straightforward. The condo floor plans are generally either square or L-shaped, with sensible rectangular rooms, and the leftover corners taken up by corridors or laundry rooms. They are eminently livable. This is typical of BIG’s work, which tends to juxtapose fantastic ambition with business savvy and technical expertise. (Their partners on the Toronto project are Diamond Schmitt Architects.) 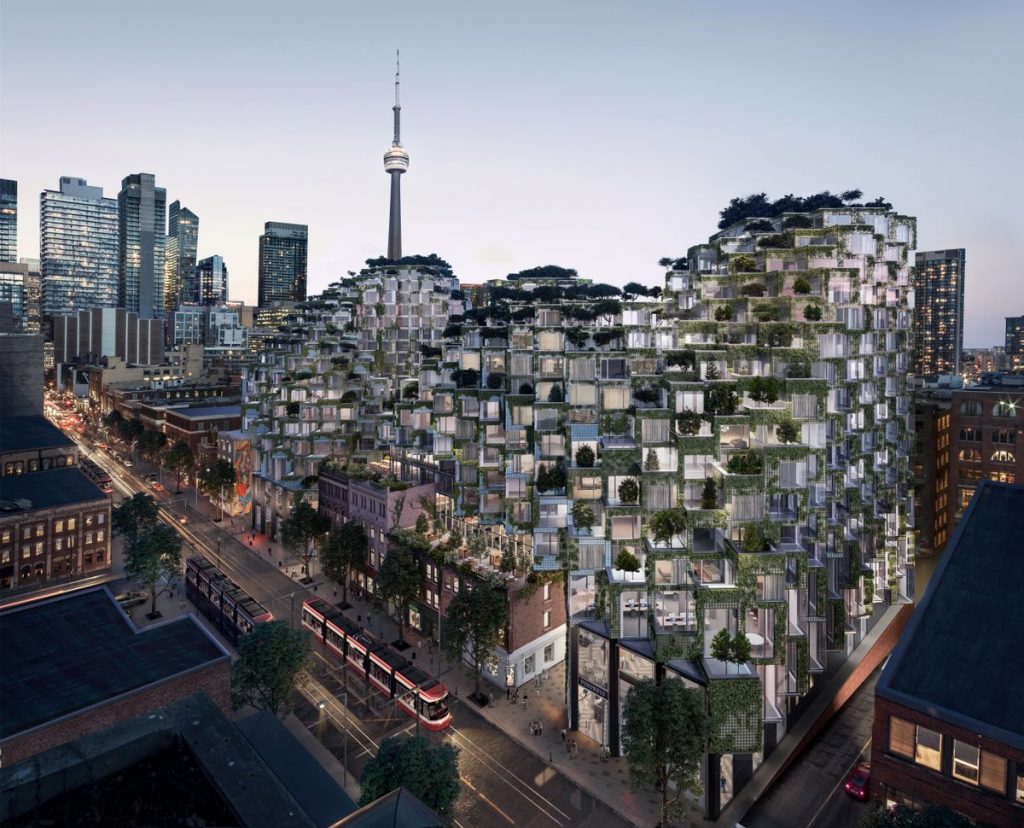 Westbank, at King and Portland, has been approved for development after a two-and-a-half-year negotiation process. 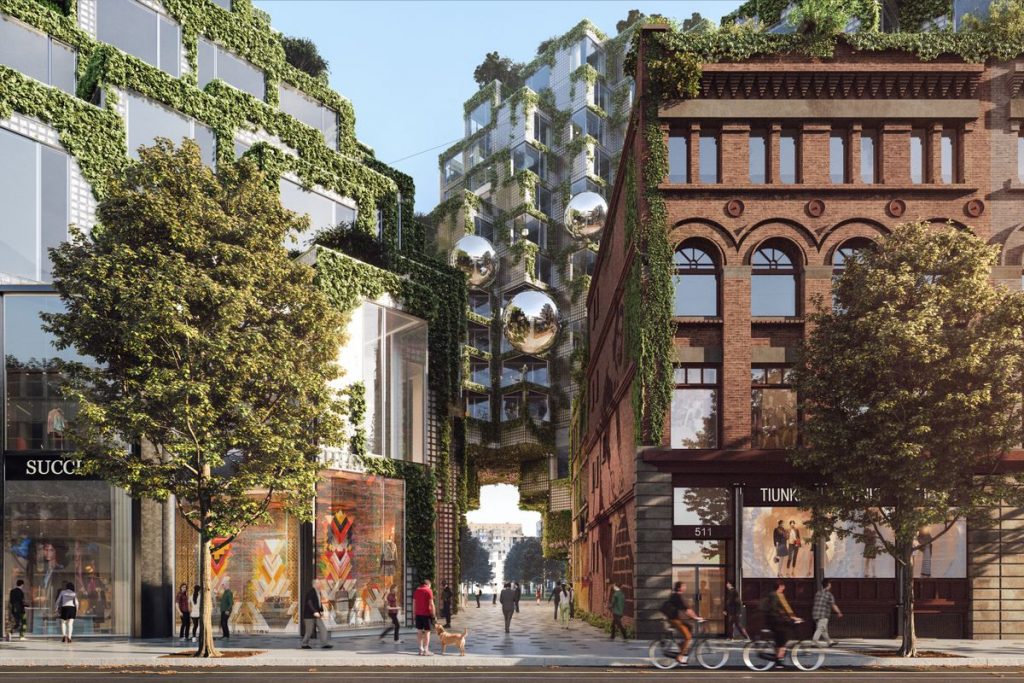 The development was inspired by Moshe Safdie’s Habitat 67 in Montreal. 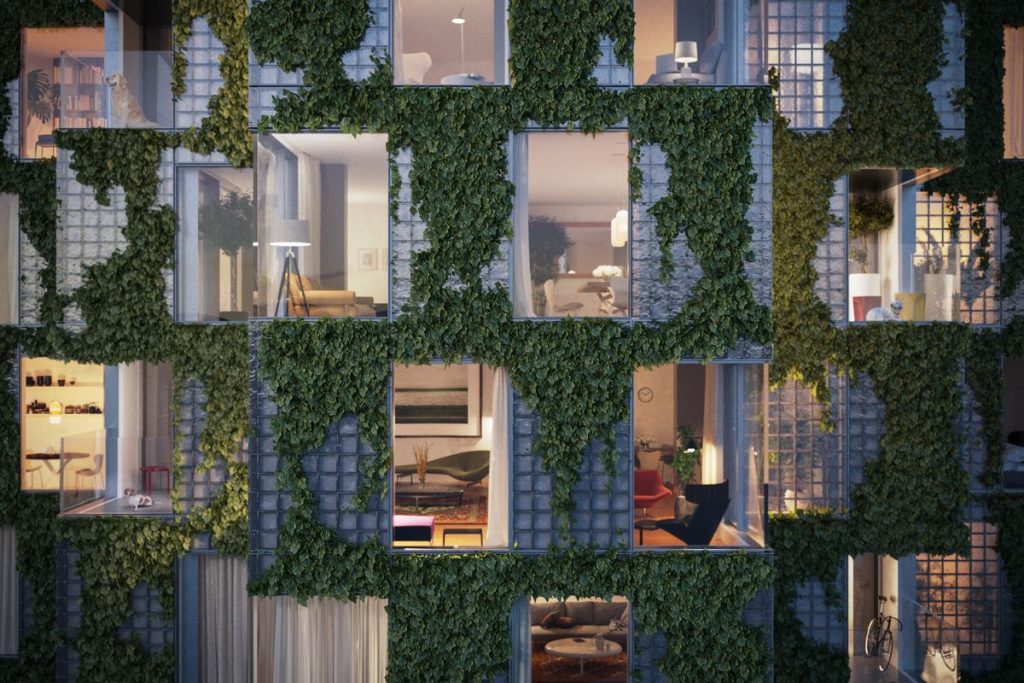 Each home at Westbank King Street will include a tree and vine-laden trellis.

Still: The design breaks a lot of rules. Which is why it took two years of difficult negotiations with city planners to reach approvals. “We wanted it to be quieter,” says Lynda MacDonald, a senior Toronto planner who was involved in overseeing the project. “It’s a very large project, and we wanted to make sure it respected the character of King Street.”

That heritage concern is reasonable, on a block with a fine collection of brick-and-beam warehouses and factories. Yet, planners can show an excessive deference to the idea of “context,” with bad – and dull – results. Two nearby condos are clad in brick, but they’re poorly detailed, neither interesting nor a match for Victorian craftsmanship.

BIG, and their clients, were ready to do something more thoughtful, but had no interest in blending in. After much back-and-forth, they’ve settled on glass block as the building’s main cladding material. Mr. Ingels refers back to Pierre Chareau’s Maison du Verre, the Modernist house completed in 1932 in a Paris courtyard. “The glass has a varied character,” he says. “It’s always changing, and there are different degrees of transparency and translucency that could be incredibly beautiful.”