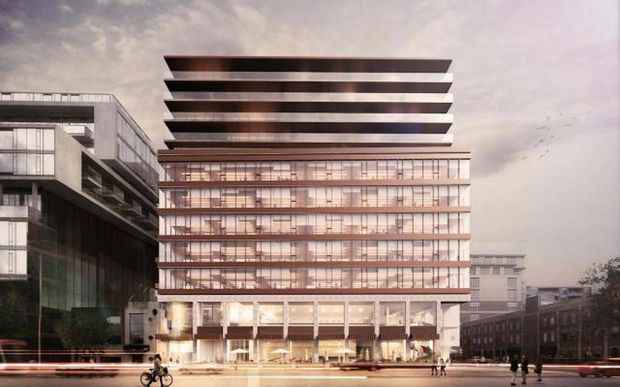 Toronto’s high-rise condo developers are increasingly realizing they can play a role in meeting the needs of buyers looking for “missing middle” housing – and are starting to plan buildings that are no longer dominated by one-bedroom or studio units.

In recent decades, city planners have urged developers to set aside only 10 per cent of a building’s units for multibedroom uses and it wasn’t uncommon to see buildings sprout up in the core consisting almost entirely of studio or one-bedroom units. A 2017 study by Ryerson University and Urbanation Inc. found only 41 per cent of 105,000 condos in the planning-construction pipeline were two-bedrooms or larger.

In some of the new proposals, that ratio has more than flipped. A recent announcement from Great Gulf for a smallish 77-unit project at 544 King St. W. describes a mixed-use building with only four one-bedroom units – fully 94 per cent are two- and three-bedroom layouts.

Developers reached by The Globe and Mail regarded that proposal as unusual, if not unheard of, but also an indicator of the changes they have observed in the market.

“In the last three to four years, we’ve seen a steady increase of sales in the larger suites, and in some cases there was greater demand on the bigger suites than on the smaller suites,” says Dominic Tompa, vice-president of sales at the Daniels Corp. In the company’s Wesley Tower building in Mississauga’s city centre, more than 50 per cent of the 450 units in the 43-storey tower are two-bedroom or larger, including three-bedroom units just under 1,000 square feet in size.

The two groups pushing hardest for units with more space and more bedrooms are downsizers and young families. The former are not quite ready to trade in a 2,000-plus-square-foot house for a 500-square-foot condo, and the latter are looking for affordability in core neighbourhoods where detached-home pricing has soared in recent years.

“Not everyone wants to move to the suburbs when they have kids,” says Jared Menkes, executive vice-president of high-rise residential at Menkes, who himself lived in a condo building when he started his family. Mr. Menkes says that where once a typical Menkes tower might have two or three multibedroom units a floor, buildings the company is planning now (like the gigantic proposal for Sugar Wharf that could host 700 or more units) might feature three or four multibedroom units a floor.

The limiting factor for young families is still cost, with average condo pricing in the city recently crossing $1,000 a square foot, particularly in the downtown core. But according to Mr. Menkes, there is a sweet spot.