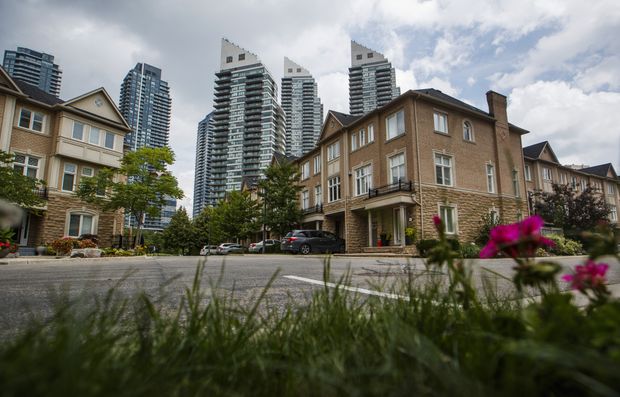 Toronto Has Lots of Room to Grow. It’s Time to Let That Happen.

Toronto Has Lots of Room to Grow. It’s Time to Let That Happen.

Toronto is running out of room to grow! The city is being swamped by new condos! The developers are taking over! These are things I hear people say about the city’s real-estate market, as housing becomes more and more expensive. Maybe you’ve heard them too.

And everything you’ve heard is wrong.

The truth is that Toronto has too little housing and too many rules about where to build it. City planning policies are cramming new residents into a few pockets while locking down much of the city from new housing – all for no particularly good reason.

This must change. Toronto, as with other prosperous North American cities, is becoming increasingly unequal and expensive, and regulation is making the problem worse.

How so? In short, there are very few places you can build an apartment building in Toronto. The city’s planning rules largely protect the existing physical form of the city, defend the “neighbourhood character” of affluent homeowners, and in most places shut the doors to new residents.

Toronto’s planning system is complicated and opaque, but its main effect is clear. In the city’s Official Plan, the document that guides growth, about 70 per cent of the city is not supposed to see significant change. This is basically what’s happening. New developments in Toronto are clustered tightly in a few places.

The single biggest problem is the “Neighbourhoods.” That term, with a capital N, covers the majority of the city. This means that whatever goes in those areas is supposed to be residential. Across most of Etobicoke, North York and Scarborough, that means at most a house with a “secondary suite.” In the older neighbourhoods of the city, the rules are only slightly looser.

This is a powerful constraint on where and how the city can change. The planner Gil Meslin has dubbed it “the Yellowbelt,” for its colour on Official Plan maps.

In general, it’s easy to build a single-family home here, and very tough to build anything else. So change within the Neighbourhoods only goes one way. Evict the tenants of a triplex to turn it into a big single-family house? No problem. Replace a little suburban bungalow with a McMansion? Sure.

But replace two houses with a sixplex? Forget it.