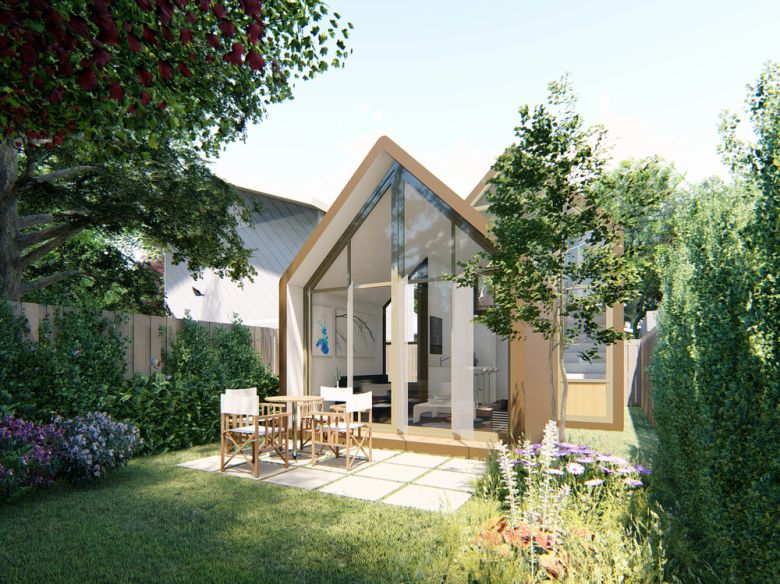 It’s only been a year since Toronto finally approved “as-of-right” zoning for laneway housing. But there have already been 100 inquiries — and as similar zoning is extended to the suburbs, as many as 47,000 sites may be eligible for new builds.

“Once this takes hold there will be a big demand,” Leith Moore says.

He has a stake in the game, of course. His company R-Hauz (“Our House”) develops custom builds for urban properties. But he’s betting on the future of laneway living — which can range from high-design home offices to income-generating rental properties — because it’s a rare affordable option in this mortgage-strapped city.

“There is potential to create thousands of units without spending a dime or selling city land,” says Moore.

The new zoning means that owners of properties that back onto Toronto public lanes can construct a secondary laneway suite without having to go through public hearings or municipal councils — an approval process that used to cost upwards of $50,000 — as long as they follow zoning by-laws.

“The more the city can do to increase housing options, the better we will all be,” says Gregg Lintern, chief planner and executive director of city planning for Toronto.

The city’s bylaws include parameters for height, setback and distance from the main house. But even with those limits, Moore says, it allows for everything from full-size, custom-built homes to small workshops.

“It could be the perfect place for kids to have their own space, generate income as a rental unit, or serve as a satellite office. If you no longer need a big home, you can move into the suite and rent your main home to generate income.”

R-Hauz offers four pre-manufactured models designed by local architects including Elevation Architects, superkül, and Farrow Partners. The systems are built off site and assembled on site in less than a month. Each design can be customized to suit individual needs within the structural framework, Moore says. “You can choose the layout and the architectural expression.”

Craig Race, the co-founder of Lanescape, a developer that specializes in laneway housing, cautions that contractors often quote construction prices, but not soft costs and taxes. “To do everything including approvals, consultant fees, taxes and contingencies, you are likely talking about $500,000 to start for a custom-built home.”

Whatever the budget, the beauty of laneway housing is the flexibility. “A lot of clients build these for loved ones, especially for children going to university or people aging in place. Snowbirds could move in and rent the main house,” Race says. “One client has a son in a wheelchair who had difficulties navigating in the house. Now he can live in an accessible unit in the back yard and wheel over to the main house to visit the family.”

As for aesthetics, the sky’s the limit. Units can be traditional or contemporary, match the existing house, or complement it. Lanescape’s pilot project, built on a one-storey garage, was designed to reflect the industrial nature of the existing structure with concrete blocks, untreated wood siding with a charred cedar finish.

Most homeowners interested in a custom laneway build want two storeys and at least two bedrooms, though, Race explains, because the housing tends to be geared to families. “The number of bedrooms is important to them. Many prefer a contemporary design with clean lines that take advantage of modern construction techniques and materials, such as low carbon, recyclable wood and metal.”

For anyone interested in a laneway housing project, Race strongly advises talking to multiple consultants, builders and architects before you build. “It pays to perform a lot of due diligence — and sooner rather than later.”

He also recommends free consulting and advisory services such as property reviews to make sure your lot conforms to zoning bylaws. “There is a really good community of professionals and enthusiasts forming around laneway housing. We really just want to see people get these done.”

For Race, laneway housing is more than just a business proposition. “It’s about how we grow as a city. Right now the rental options are high-rise(s) or low-rise(s) that are becoming harder to afford. At the same time we are putting fewer people into more square footage in residential neighbourhoods. That doesn’t make sense. We need ways to sensitively and responsibly put people in areas where there are parks, schools, and local amenities.”