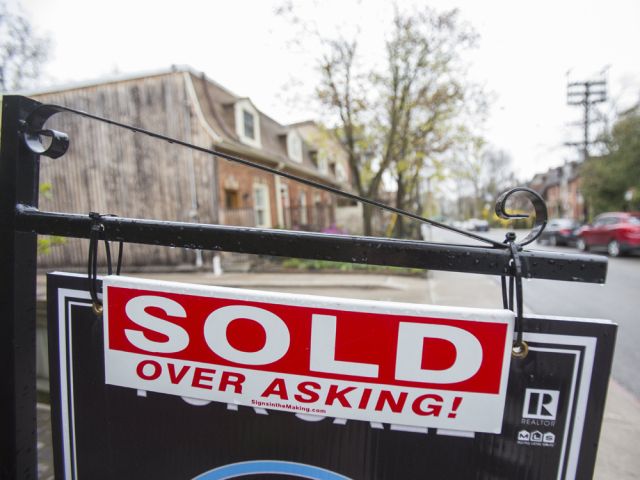 A double-digit percentage increase in the number of Greater Toronto Area houses sold last month shows the region’s property market is “quite fine,” according to analysts, as it rebounds from mortgage controls introduced last year that sidelined some buyers.

Housing sales in the GTA rose 13.4 per cent in August compared with the same month a year ago, the Toronto Real Estate Board said in its monthly report. There were 7,711 homes sold versus 6,797 in August 2018, it said.

“The level of activity is almost bang on the 10-year average,” Robert Kavcic, senior economist at BMO Capital Markets, wrote in a research note on Thursday. “The sales-to-new listings ratio looks to be right around 60 per cent (seasonally adjusted), consistent with a very well balanced market.”

Toronto vies with Vancouver as Canada’s most expensive property market nearly a year after federal mortgage regulations were introduced to curtail speculation and rein in prices. The cost of property initially fell in both cities but began to creep up again in Toronto this year as supply hasn’t kept pace with demand while Vancouver’s average prices are still down.

The MLS Home Price Index Composite Benchmark for August 2019 rose by 4.9 per cent on a year-over-year basis, the Toronto board reported. Last month’s average selling price of $792,611 showed a 3.6 per cent increase year-over-year, it said. Condominiums, up 8 per cent from a year ago, jumped the most in price followed by higher density low-rise homes, then detached houses with a 3.1 per cent gain from a year ago, the statement showed.

“The GTA’s strong economy, cultural diversity and internationally recognized quality of life continues to attract newcomers to the region each year,” TREB CEO John DiMichele said in the statement. “However, our housing supply has not kept up with population growth, which has led to pent-up housing demand.”

BMO’s Kavcic said that Toronto prices were firming “in another strong month” and that the country’s central bank didn’t seem concerned about higher prices when it kept the benchmark interest rate at 1.75 per cent for the second consecutive meeting after raising them five times from 2017 to last October.

So far, this is a near-perfect landing from a policymaker’s perspective,” Kavcic said.  “And the Bank of Canada didn’t seem too worried yesterday about stoking another positive run.”

However, the Toronto board noted market conditions have become tighter than a year ago because there are fewer new listings – down 3 per cent from August, 2018 – while sales have increased. The board called on government levels to help increase the area’s housing supply and for politicians ahead of next month’s federal vote to state their policies.

“The overall pace of price growth is moderate,” Jason Mercer, the board’s chief market analyst said. “However, if demand for ownership housing continues to increase relative to the supply of listings, the annual rate of price growth will accelerate further. This underpins the importance of solving this region’s housing supply issues.”