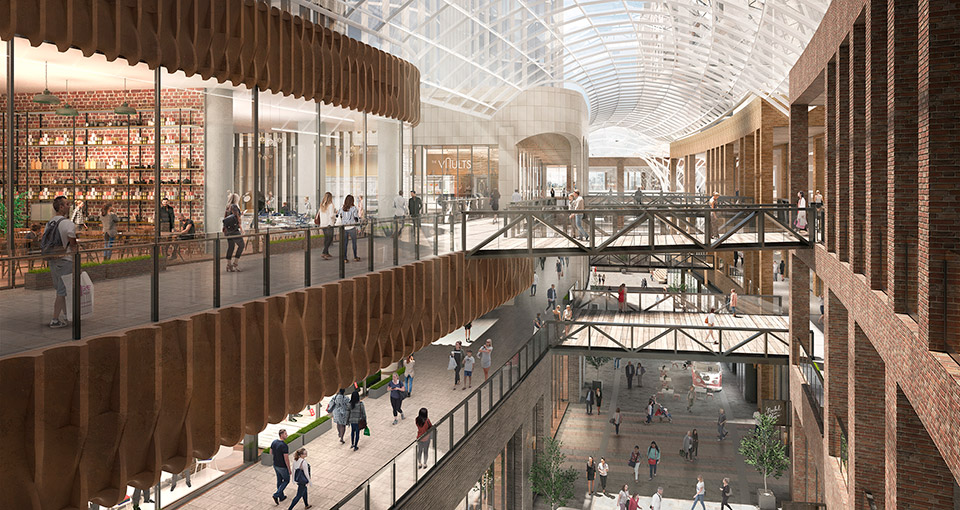 The corner of Front Street West and Spadina used to feel like the Western outback, alone and removed, even if only a few blocks from Toronto’s downtown core, facing noisy commuter rail lines.

Wellington, one street north, was a quieter, leafier anomaly with its historic buildings, yet broken by a big gravel parking lot, and King had its rows of similarly aged, converted brick warehouses, punctuated by a backpackers’ hostel.

That was the neighbourhood two decades ago, prior to the Concord Group developing the old railway lands with its skyline-enlarging CityPlace residential towers near the (then) SkyDome, and just before Allied Properties REIT accelerated its acquisition of brick-and-beam office and retail properties along King, west of Spadina.

Now, on any given summer afternoon, the King West area can feel like the core, a study in urban density, and an exercise in how big-ticket developers can shape the feel of a neighbourhood, even an urban one.

King West teems with affluence and millennials. The area is, you know, totally TAMI – that is, filled with the kind of technology, advertising, media and information firms that bring sought-after energy (helping to push real-estate demand higher).

The sidewalks can feel like catwalks and, according to Allied’s president and chief executive Michael Emory, no restaurant has failed along Allied’s section of King since the company started amassing property on both sides of the street west of Spadina. (There’s also bumper-to-bumper gridlock down Spadina leading to the Gardiner Expressway every afternoon rush hour, something less advertised.)