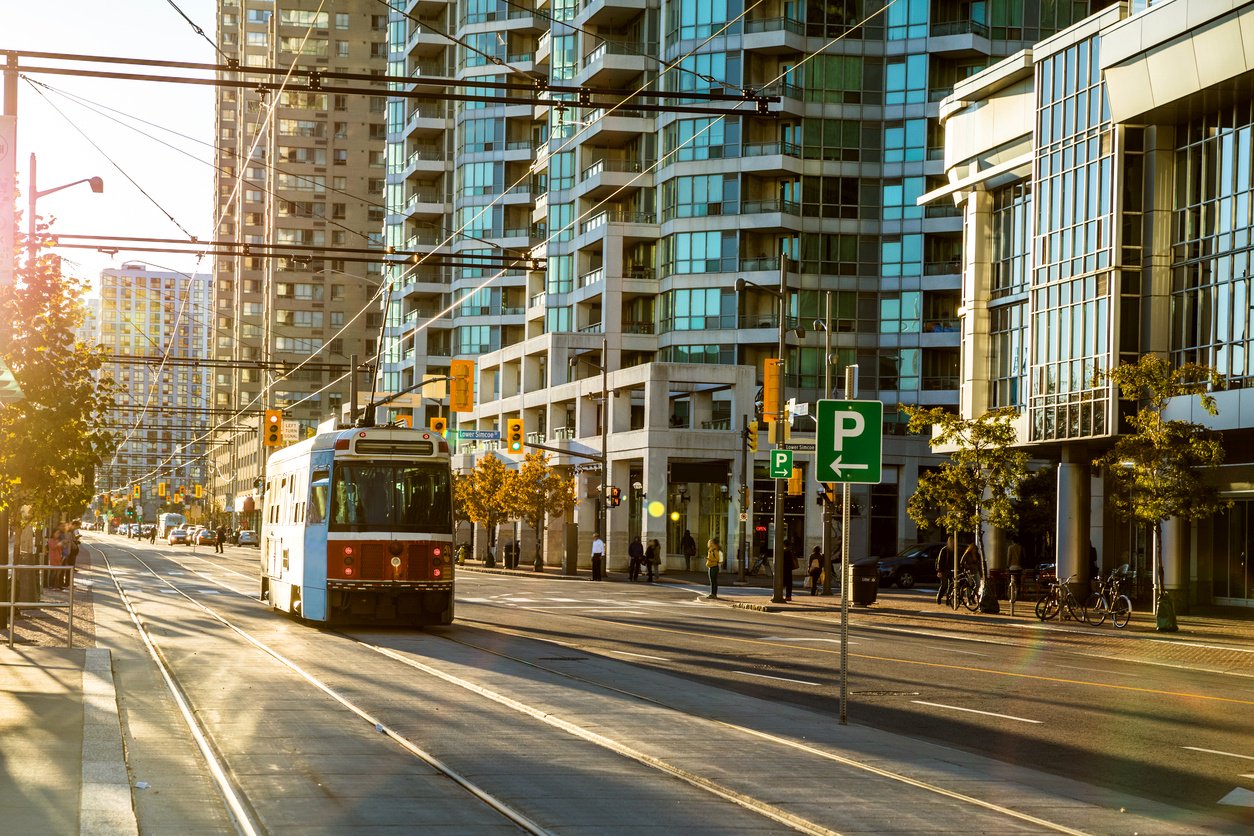 Who Just Beat the Bay Area in Tech Jobs? Toronto

Who Just Beat the Bay Area in Tech Jobs? Toronto

Toronto was the fastest-growing tech-jobs market in 2017, according to CBRE Group Inc.’s latest annual survey, released Tuesday. The city saw 28,900 tech jobs created, 14 percent more than in 2016, for a total of more than 241,000 workers, up 52 percent over the past five years, CBRE said. Downtown, tech accounted for more than a third of demand for office space.

Canada’s biggest city took fourth place in “tech talent,” a broad measure of competitiveness, pushing New York down a notch and coming in just after the Bay Area, Seattle and the U.S. capital. CBRE ranked 50 markets across North America, using measures such as talent supply, concentration, education and cost as well as outlooks for job and rent growth for both offices and apartments.

The real estate services firm cited some 5 million technology workers in the U.S. and more than 830,000 in Canada, across all sectors. 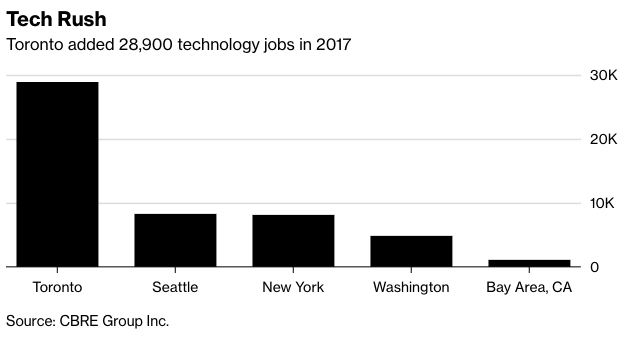 For employers, combined labor and occupancy costs increased in every market, by 13 percent even in the least expensive one, Montreal.

“Companies looking to house operations are putting serious thought to locating in Canada,” Paul Morassutti, executive managing director at CBRE Canada, said in a statement accompanying the report. Toronto is among the best values for tech firms, he said, citing cheaper labor and real estate and a well-educated workforce. The U.S. Midwest offers good value as well, the report noted.

“The forces that are driving innovation and technology are really in the early stages here,” Morassutti said by phone. “When it comes to overall costs, even if you assume upward pressure on office rents, housing and salaries, our major markets still constitute a significant bargain to the U.S.”